Here are some photos I took of the Indian Lake Theatre in Indian Lake, NY. They brought me up to present and accompany Harold Lloyd’s “Safety Last” on Sunday, November 21st. The theatre was built in 1938 and was a summer-season-only movie theater, and continued to be so for the next several decades. The theatre was dark from 2006 until a group of community members organized and fundraised in 2008 and bought the theatre, which is now being run as a not-for-profit. Visit www.indianlaketheater.org for more information. 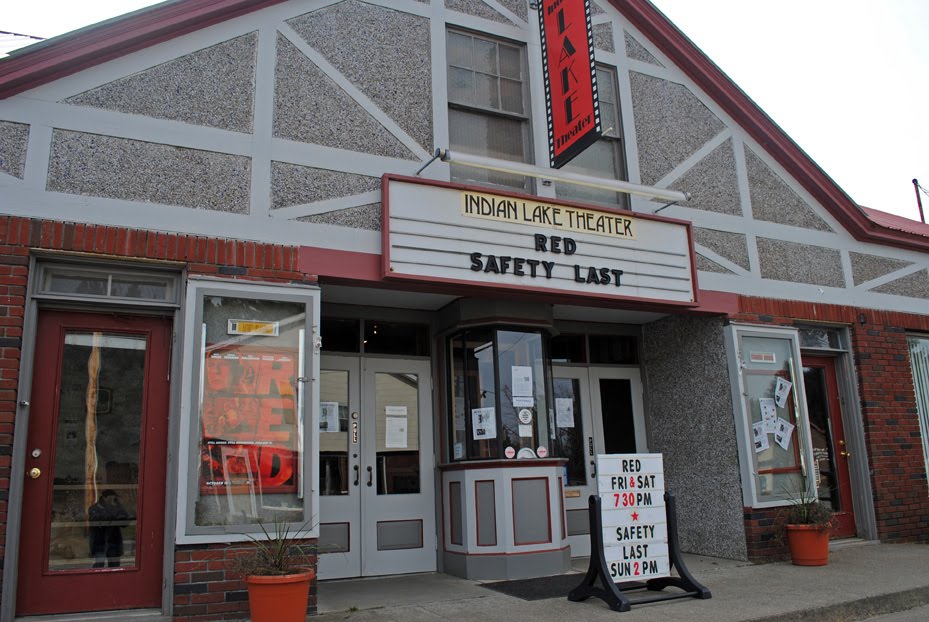 Front of the theatre, closer view 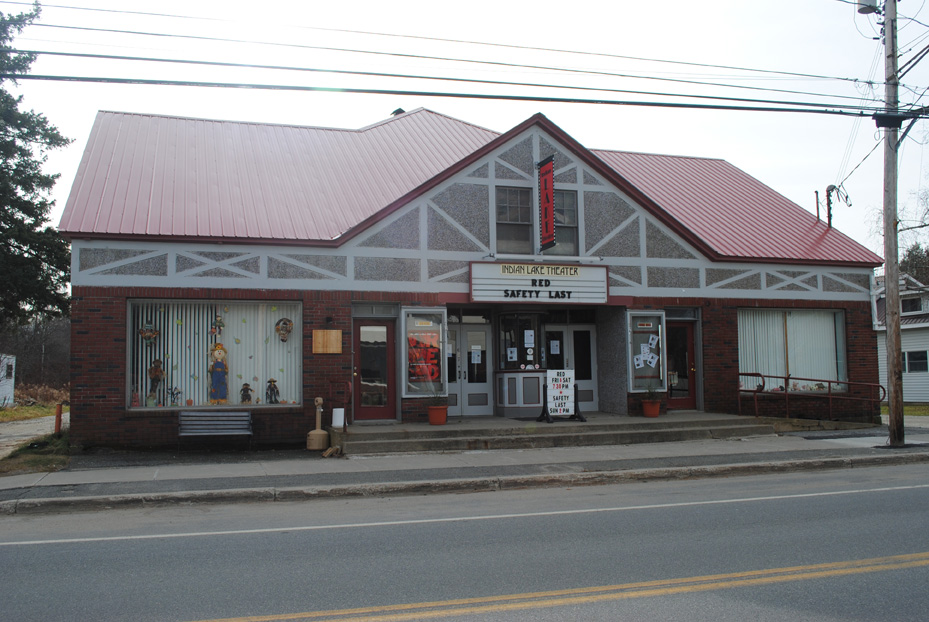 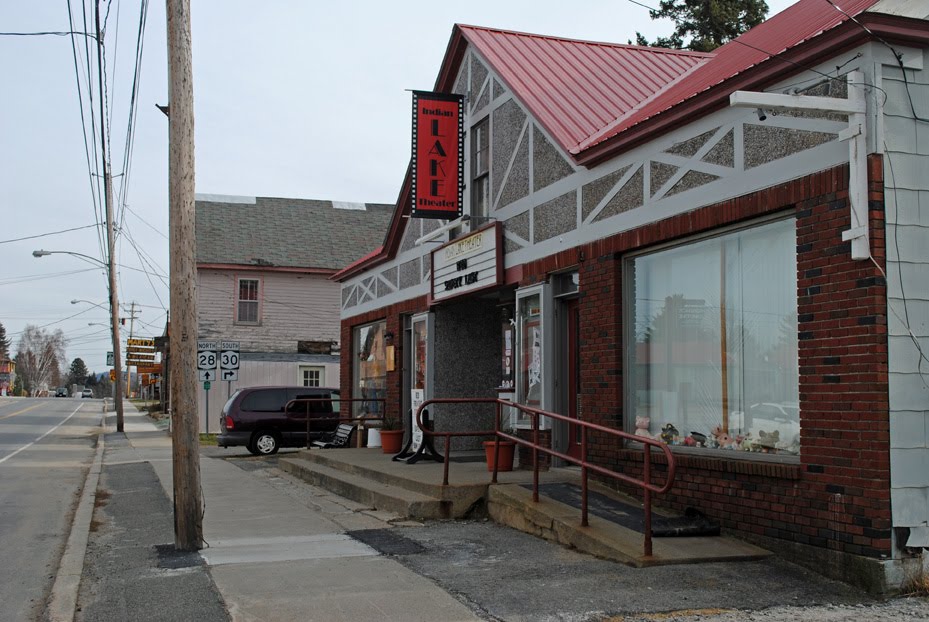 Angle view of the theatre front, with signs for routes 28 and 30 visible. 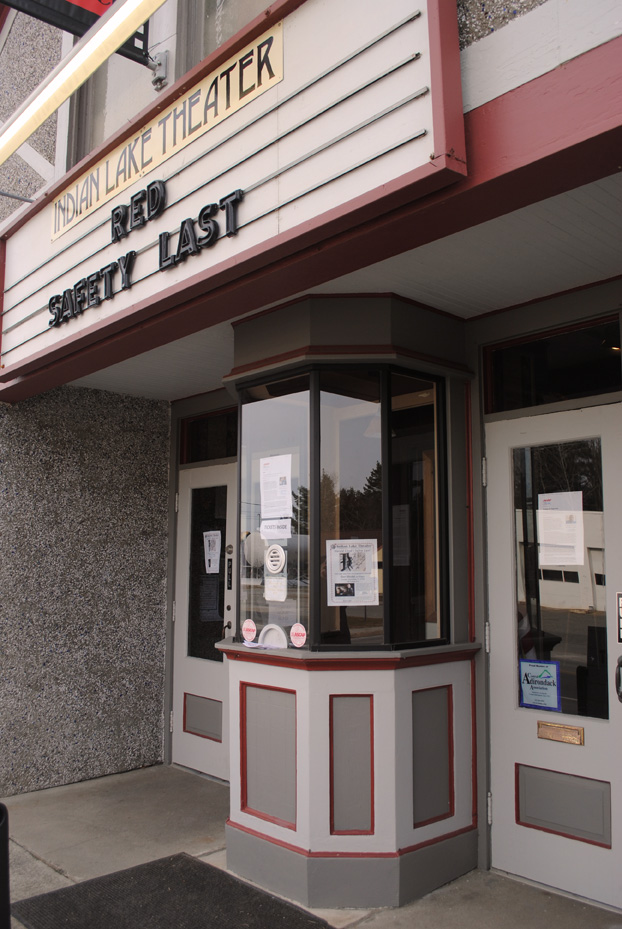 Closer view of the theatre entrance and original ticket booth. 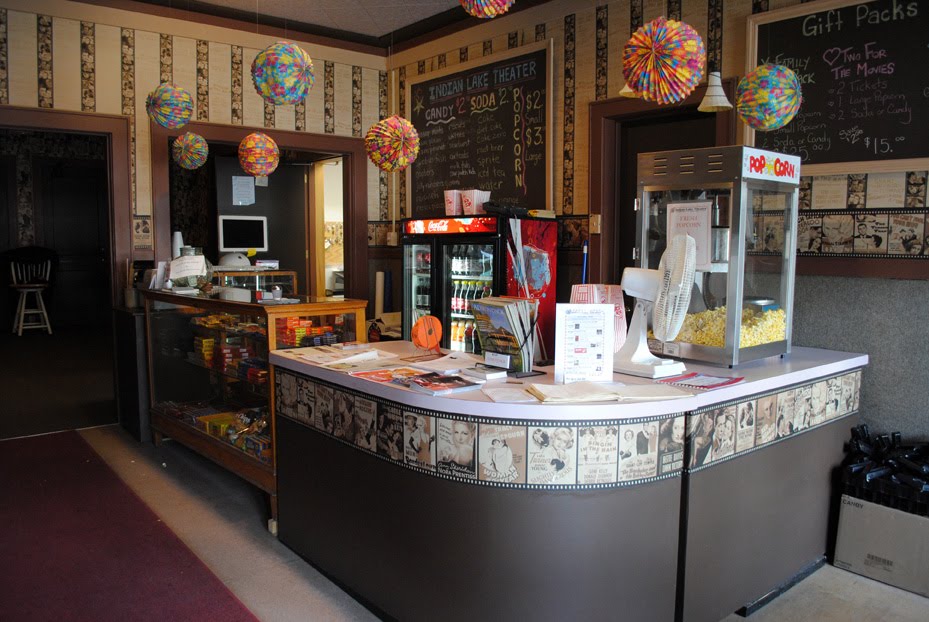 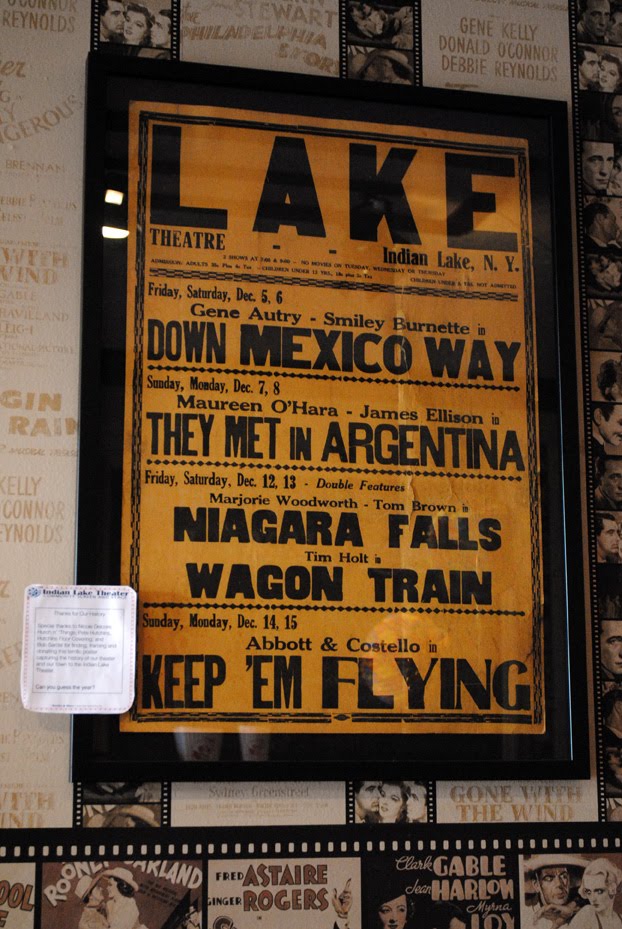 A 1942 poster for films playing at the theatre that someone from the community found. 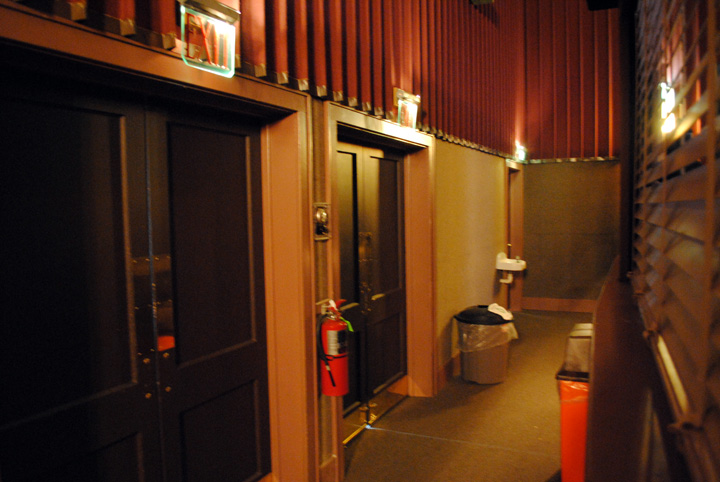 Back of the auditorium entrance. 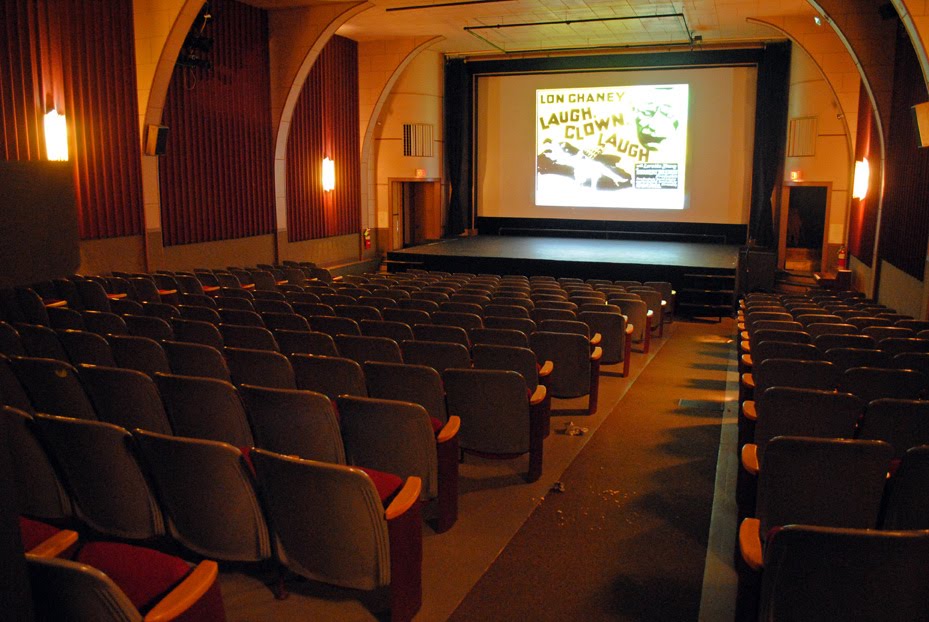 View of the cinema from the back. Seen onscreen is a slideshow I brought on
DVD of silent film era coming-attraction slides. 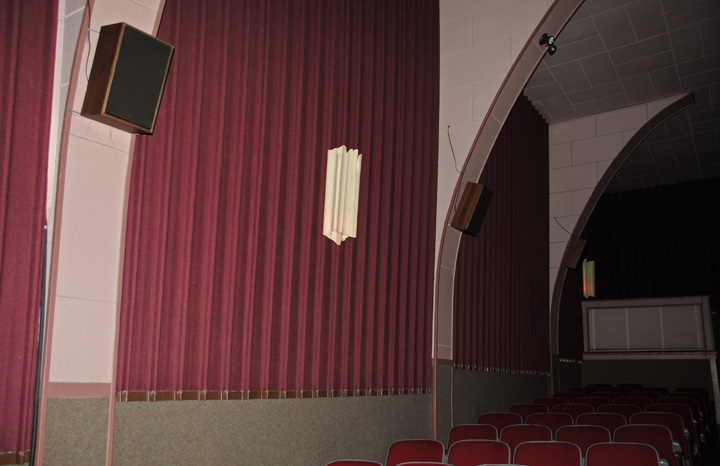 Side wall of the cinema; visible are surround speakers, as well as vintage light
fixtures which have white light whenpatrons enter the theater, before the show. 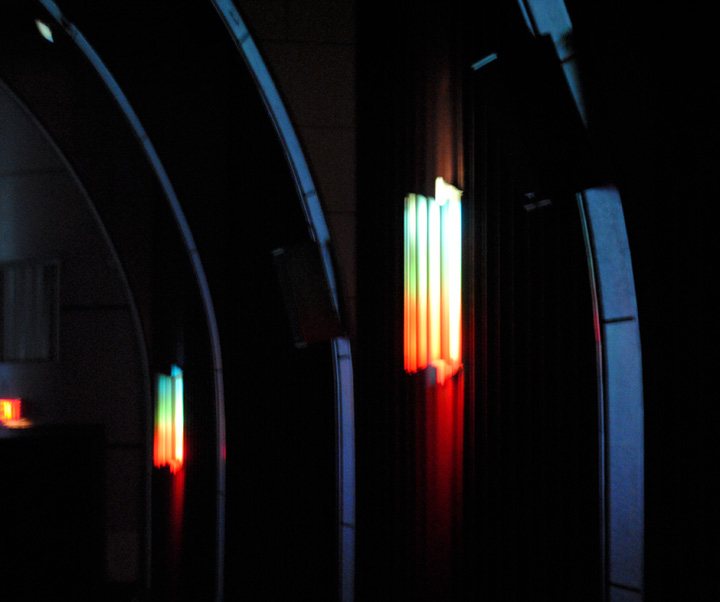 The wall sconces switch to blue-green-red during the show. My digital
camera doesn’t do justice to the beauty of these colors and the look
these lights give the theater. 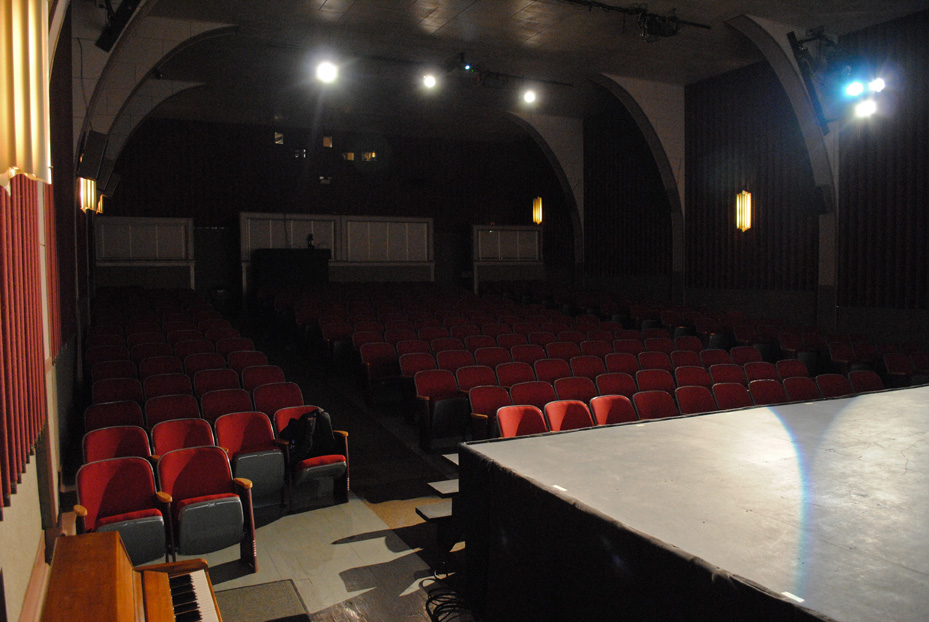