Skip to content
Here you see me and Martha Otte, festival director, presenting stumfilm to a group of 5th graders at Verdensteatret on Fri, Sept 5th. Each student got a piece of 35mm film so we could explain what film itself was and (briefly) that our brains turn a series of still pictures into moving images. I had done this at a presentation I did at my daughter’s school a couple years ago and it was very effective. 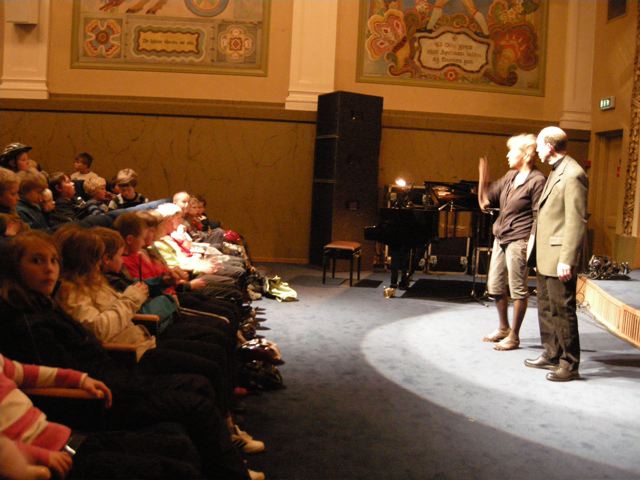 Here I am playing a short piece of on-the-spot music; we did this a few times, asking the kids after each one what kind of movie scene it sounded like. This is something I do at some of the school programs at the Museum of the Moving Image. 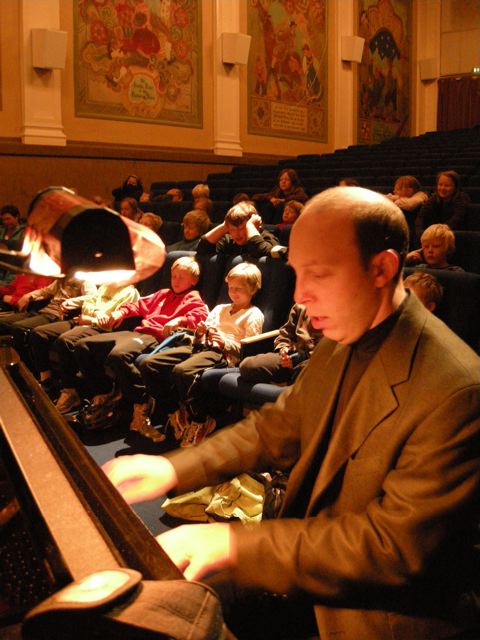 We screened A Reckless Romeo for the school groups. The kids loved the slapstick in it, but some elements of the storyline were a bit tough to grasp for them. We’ll go back to The Cook next year, unless there’s a good print of one of the Chaplin Mutuals we can run. 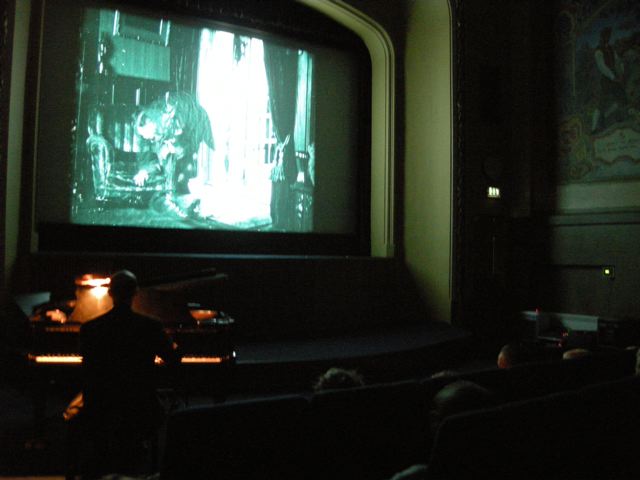 Below you see Martha Otte, yours truly, and Nina Mathisen who was a festival volunteer two years ago and this year was the education coordinator between the festival and a government-funded project called “The Cultural Back-Pack” which brings school chilcdren and culture together. 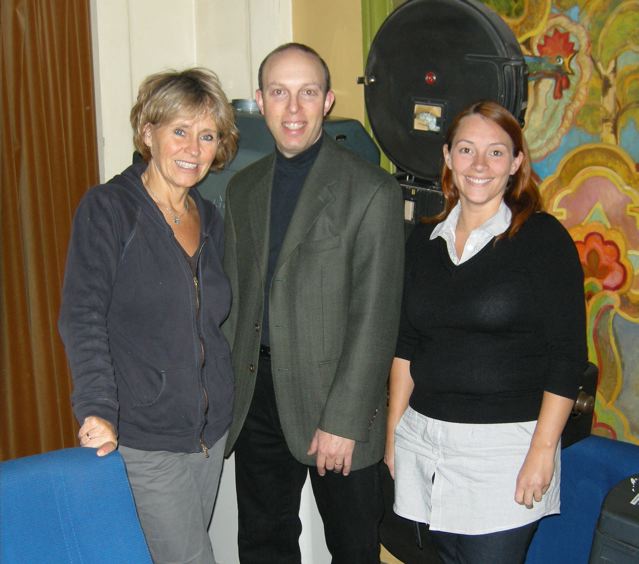 Later that afternoon, one of the festival workers/volunteers took me and Neil Brand on a hike up Mt. Fløya. The views along the way and from the top were spectacular. 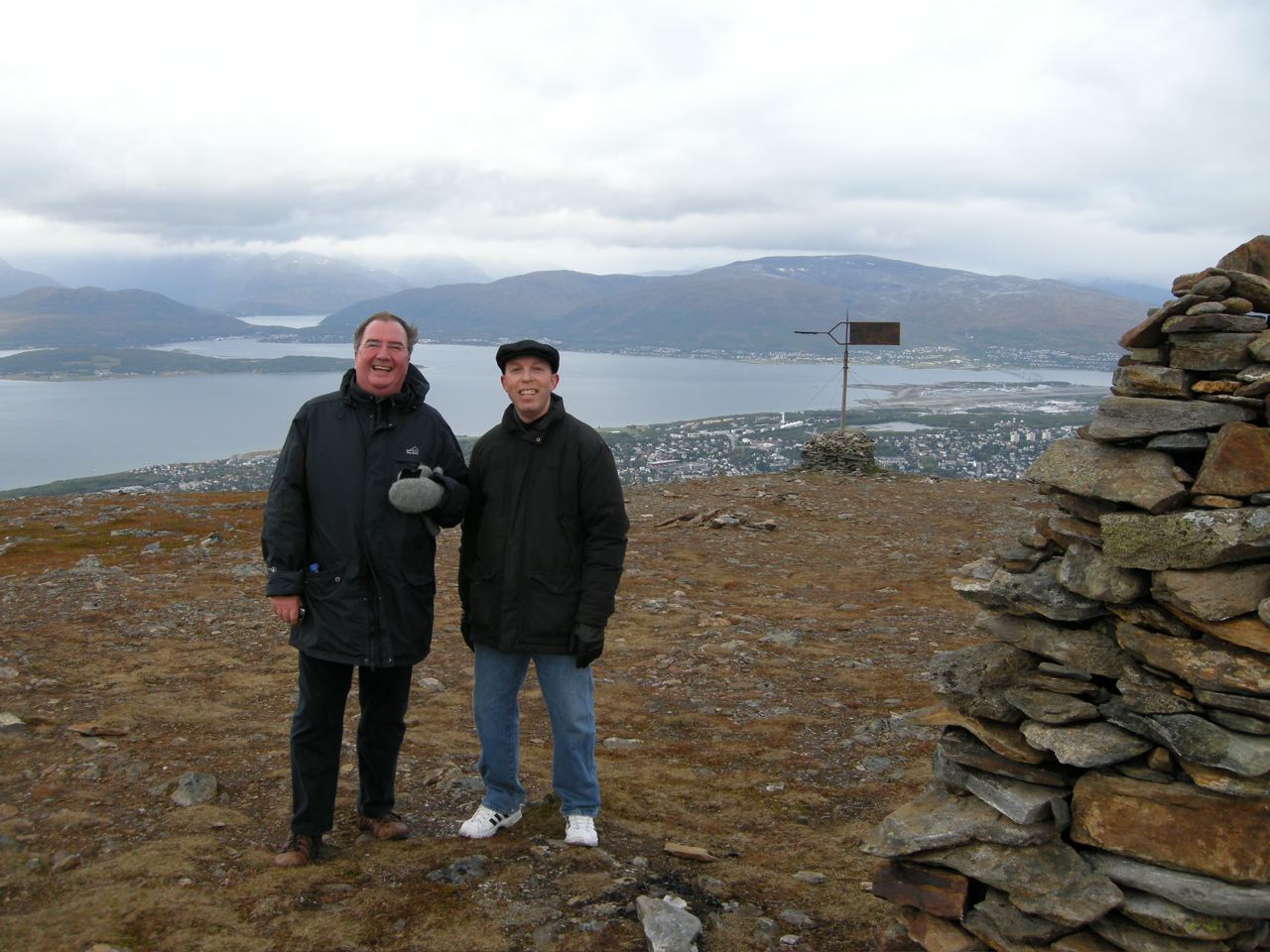 Will write again with reports about this afternoon’s pair of shows, which I accompanied: a program of 3 shorts for kids, and the archival “Frosty Celluloid” program of films from the Nationalbiblioteket (or Nationakl Library of Norway). Gotta go get dinner and see tonight’s big show, the 1922 Norwegian film Pan, with a new score by and ensemble of Tromsø are musicians.
0 0 votes
Article Rating
Subscribe
Login
0 Comments
Inline Feedbacks
View all comments