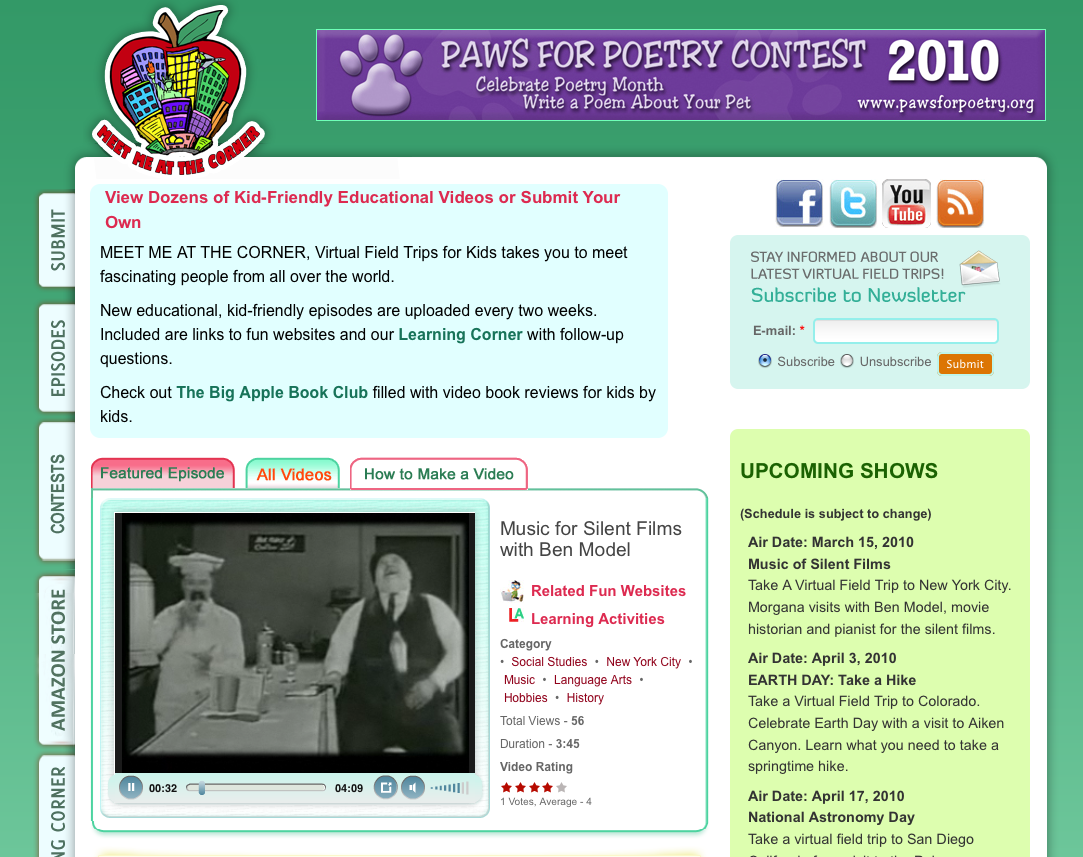 A new episode of “Meet Me At The Corner” was posted today on meetmeatthecorner.org, a well-traveled educational website of virtual field trips. The episode is about silent film and its music, and I was the guest in the piece. We shot this last fall, when the Colorado-based producer, Donna Guthrie, contacted me in advance of her coming to NYC to shoot several episodes. She literally googled “silent films” and “New York” and found me.

It was impossible to find a theater to shoot in that wasn’t going to charge us a couple hundred bucks, so we wound up doing the shoot in a rehearsal studio at Ripley-Grier. The video crew were a couple of communications students from Rider College in NJ. The interviewers for the segments are usually local home-schoolers, and it turned out the young woman who did my segment was someone who is in my daughter’s modern dance class.

We did some Q&A and then I accompanied a scene from a Sennett comedy with Billy Bevan and Andy Clyde that Donna had found. I watched it on a laptop while they shot me playing, and then they synched the film up in editing, and did a nice effect, showing my hands in close-up, with the clip running in the upper right corner (see frame-grab below).

I hope this reaches a lot of kids and helps get them hooked on, or at least interested in, silent films. You never know who you’re going to reach…! Thanks, Donna!

To watch the whole segment (it’s only about 4 mins), click here. 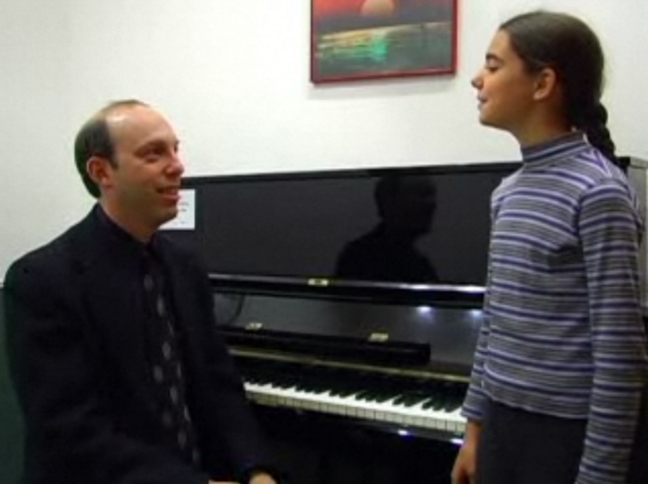 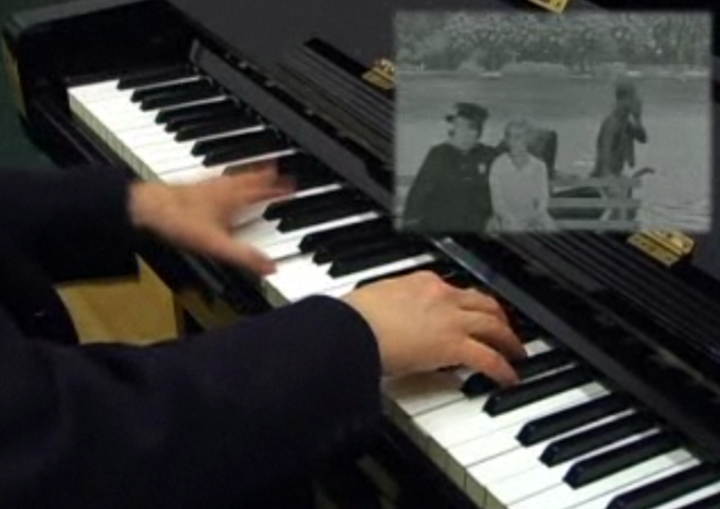 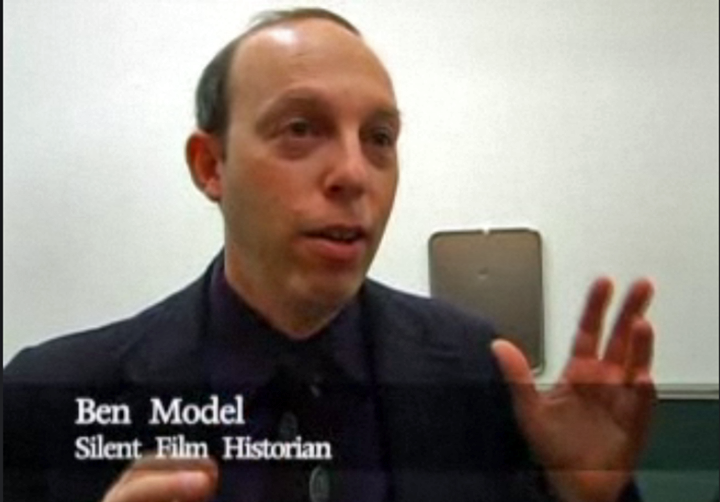