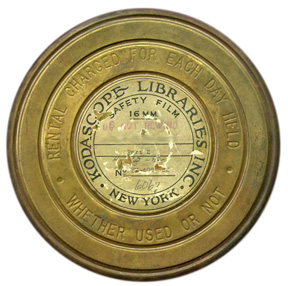 Tomorrow is the premiere of my new web-series, a bi-weekly YouTube release of a rare or lost silent film from my 16mm collection, newly transferred and scored.  For now, these will only be available on YouTube (no DVDs).
My first release is a lost 1-reel comedy that was unidentified when I won it on eBay. Aside from home-use viewings of this old 1930s print, the film itself probably has not been seen publicly since its release at the tail end of the silent film era…and you get to be part of the first (cyber) audience to watch it again after 84 years!
Be sure to subscribe to my YouTube channel so you’ll be notified as soon as the video goes ‘live’.
Ben
0 0 votes
Article Rating
Subscribe
Login
0 Comments
Inline Feedbacks
View all comments