June 18 — My brains and time are primarily occupied with any and all work on finishing up the sheet music book these days, and I’ve managed to wedge in time to check out a piano for MoMA’s Bartos theater, and have been working out details for my August shows in VT and a couple new film series for the fall. [I’m writing this while scanning in piece after piece of vintage photoplay sheet music; at this very moment it’s The Bold Riders by Gerard Carbonara.] 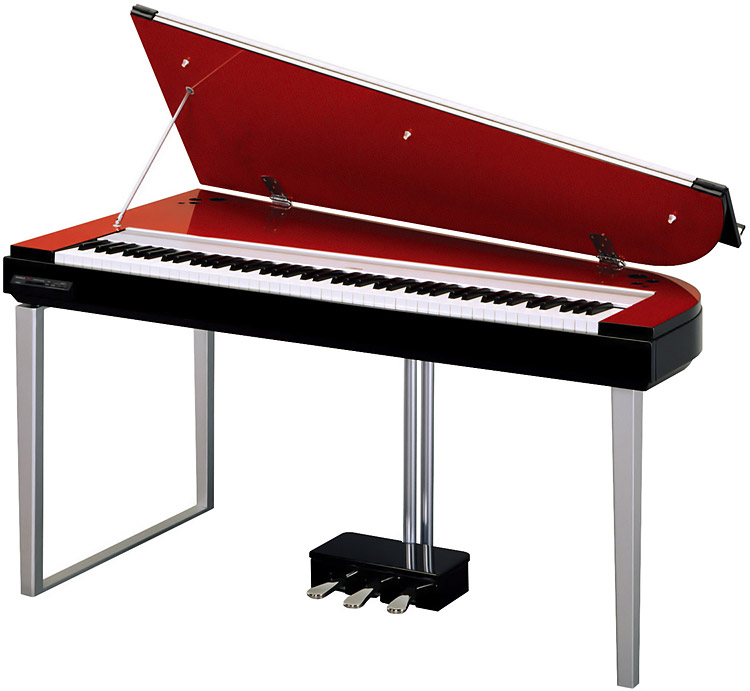 On Wednesday, after finishing up going through sheet music in the collection of MoMA’s film department, I went to the Yamaha showroom on Fifth Avenue (the former Aeolian building) to take a look at a piano for the Celeste Bartos theater at MoMA. Thus far, silent film exhibition in that theater (in the new Educ bldg) has been very sparse, and I’ve used the Miditzer for those shows. However, starting in mid-September I will be accompanying silents twice a week going into April 2010 for An Auteurist History of Film. The first 4 or 5 months’ programs are films that may be best suited by piano accompaniment, and so we are trying to work out a way to get a piano into the theater. What we looked at was this “Modus” model. It’s based on the slim-line Clavinova and it plays and sounds great. Plus it looks like it should be in the home of Mr. & Mrs. Arpel in Tati’s Mon Oncle. I don’t know what we’ll ultimately wind up using, but I thought you’d get a kick out of seeing this instrument. Click here to go to Yamaha’s page for the instrument for info and media clips. The series, which we’re all referring to as “The History Cycle”, is organized (MoMA’s word for “curated”) by Charles Silver, and will actually go on for a couple years but the silents end in the spring. 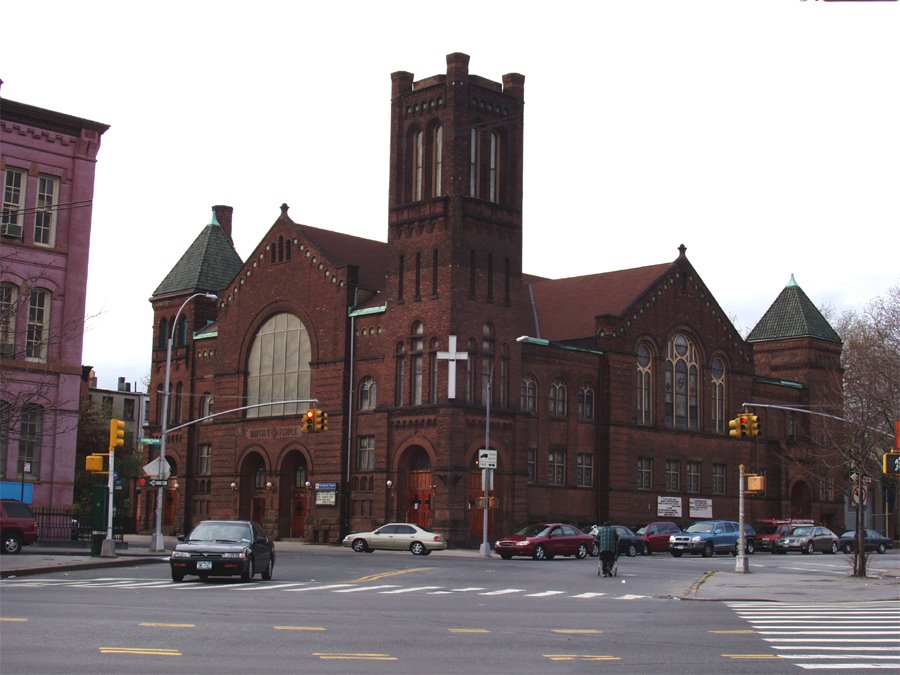 Another series brewing is at the Baptist Temple in Brooklyn, a couple blocks from BAM. There is a gorgeous Steere & Sons orchestral organ in there, and the church and local chapter of the AGO (American Guild of Organists) are collaborating to make the series happen. When I started playing the organ several years ago, this was an instrument I was able to practice on several times. An orchestral organ’s sound is somewhere between a church organ and a theatre organ. It has the flutey sounds of a church organ and 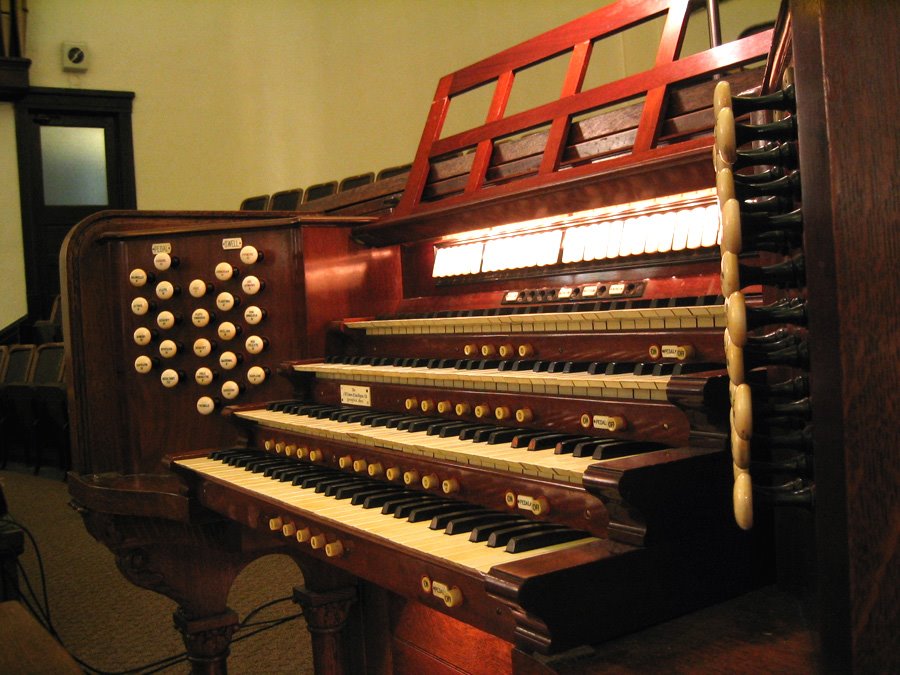 a lot of the reed and string-ey sounds of a theatre organ, plus some more modest-sounding brass and tuned percussions (harp and chimes) and doesn’t have the show-y sounds of a theatre organ (tibias, bright brass, etc.). In spite of the theatre organ’s being called a unit orchestra, this Steere & Sons probably leans more toward an orchestral sound than a Wurlitzer often does. The instrument’s in great shape, thanks to Keith Bigger who has lovingly and with great dedication maintained and repaired it for many years. Click here to go to the AGO’s web page for more info and pics of the organ and the church. We’re working out film titles and dates, and once this is all solidified I’ll post here and list the shows on my regular website. 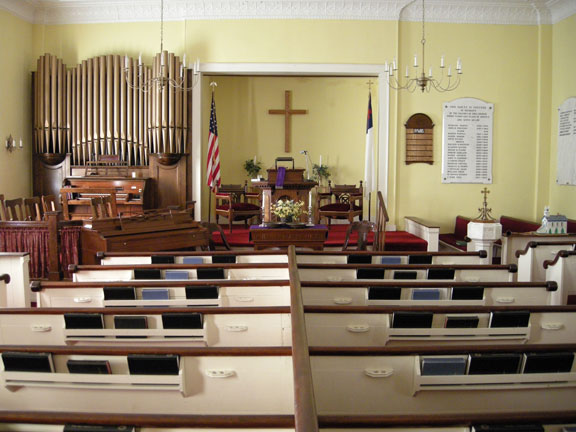 In the last week or two I’ve selected the August film programs I’m doing in Hamilton (The Kid Brother), Manchester Center VT (Chaplin Mutual shorts) and in Rupert VT (Grandma’s Boy plus two shorts). The latter two are 16mm, my prints. The Rupert show is in the oldest church in Vermont, where there is a beautful 2-manual Estey organ with a big TPO-like tremolo, and is being co-sponsored by the local chapter of the AGO.

The rest of June is gobbled up by frantic rewrites on the book’s text, last-minute scanning, plus shows of Biograph shorts (Neversink Valley Area Museum), The Birth of a Nation (MoMA), and Chaplin’s The Kid (C.A.C.).

See you at the silents (or the asylum)!