ep. 55: Music for unconventional silent films and other purposes 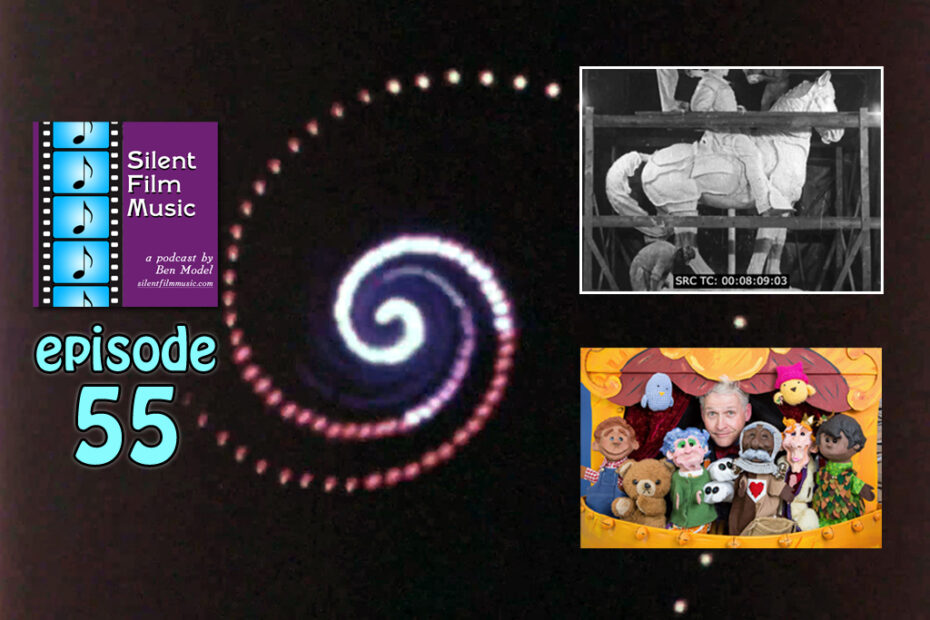 In this episode: Ben talks about scoring silent films that lack a traditional narrative – films made for educational purposes – and creating music that is more “visual” than what is usually done for silents; films discussed are the 1922 “Making of a Bronze Statue” and the 1970 “Spirals” produced by the Metropolitan Museum of Art; Ben has been hired to score these and others for the Met’s online “From the Vaults” series; also covered are the live-scoring of polar exploration silent films shown at the Stumfilmdager (Silent Film Days) festival in Tromsø, Norway, and the accompanying of college graduates receiving their diplomas at Radio City Music Hall; Ben talks about creating and recording musical motifs, transitions and underscore for the streaming children’s program “Danny Joe’s Tree House”.

Show notes for episode 55 can be found here.