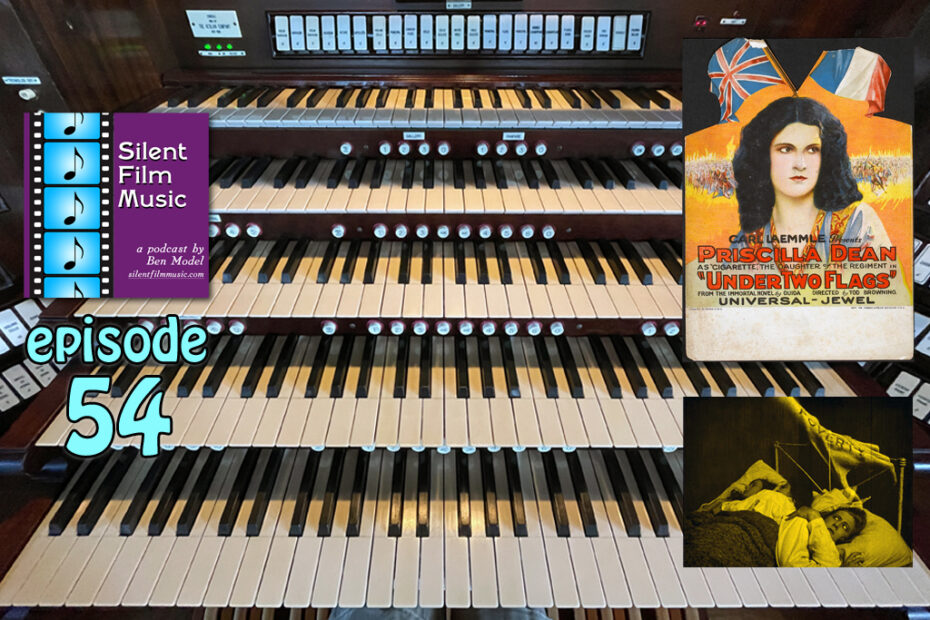 In this episode: Ben talks about the fun and challenges of playing a number of different organs at silent film shows during October and November in Ocean Grove NJ, Ursinus College in PA, and at the historic Everett Theatre in Delaware; Ben and Kerr discuss how often to use leitmotivs and some techniques Ben uses to create themes before or during a show; Ben talks about the sixth sense silent film accompanists develop and use to sense an audience’s engagement with a silent film during a screening; plus some thoughts on Lois Weber’s direction of “Shoes” (1916), meeting a Silent Comedy Watch Party fan at a show, using a Zoom digital recorder for show recordings, and more.

Show notes for episode 54 can be found here.