Worries and Wobbles (1917) has what might appear to be three strikes against it on the surface: “Jimmy Aubrey comedy”, “directed by Larry Semon” and that it’s a rather blatant knock-off of Chaplin’s One A.M.. The first of these is also usually an oxymoron.

I can tell you that, like any of the very few Semon-directed Aubrey comedies  that survive, it’s funny and inventive and well-made. The fact that the plot concerns a tipsy Mr. Aubrey arriving home late and having difficulty making his way upstairs and getting ready for bed does sound like another instance of a comic rehashing a Chaplin film released the prior year. Billy West did this regularly, and Lloyd’s Lonesome Luke character often leaned on this crutch.

Aubrey and Semon didn’t employ this as much as they did, but there is another link here. Both Aubrey and Chaplin were alumni of the Fred Karno pantomime troupe in England. The basic idea of both the Chaplin and Aubrey pictures may very well have been a Karno sketch. This concept is further played out in the program at MoMA entitled Fred Karno’s Army.

My point is…if you’ve seen some Jimmy Aubrey comedies and don’t really care for him, don’t use the spot on the program when Worries and Wobbles is onscreen to leave the theater to use the restroom or check your email. The film is on the Silent Comedy International program entitled The British Are Coming, which screens at MoMA on November 24 and December 2. Also on the bill are the L&H Duck Soup, the recently discovered Lupino Lane comedy Joyland, and the Walter Forde feature Wait and See. The whole series line-up at MoMA is here.

And if you want to see Jimmy Aubrey in action, the National Film Preservation Foundation has recently uploaded a newly restored comedy of his, The Backyard (1920). The film was made for Vitagraph and directed by Jess Robbins, and Oliver Hardy is in the cast. It was preserved by the Library of Congress from source material provided by EYE Filmmuseum, and has a piano score by yours truly. Click the image below to watch it. 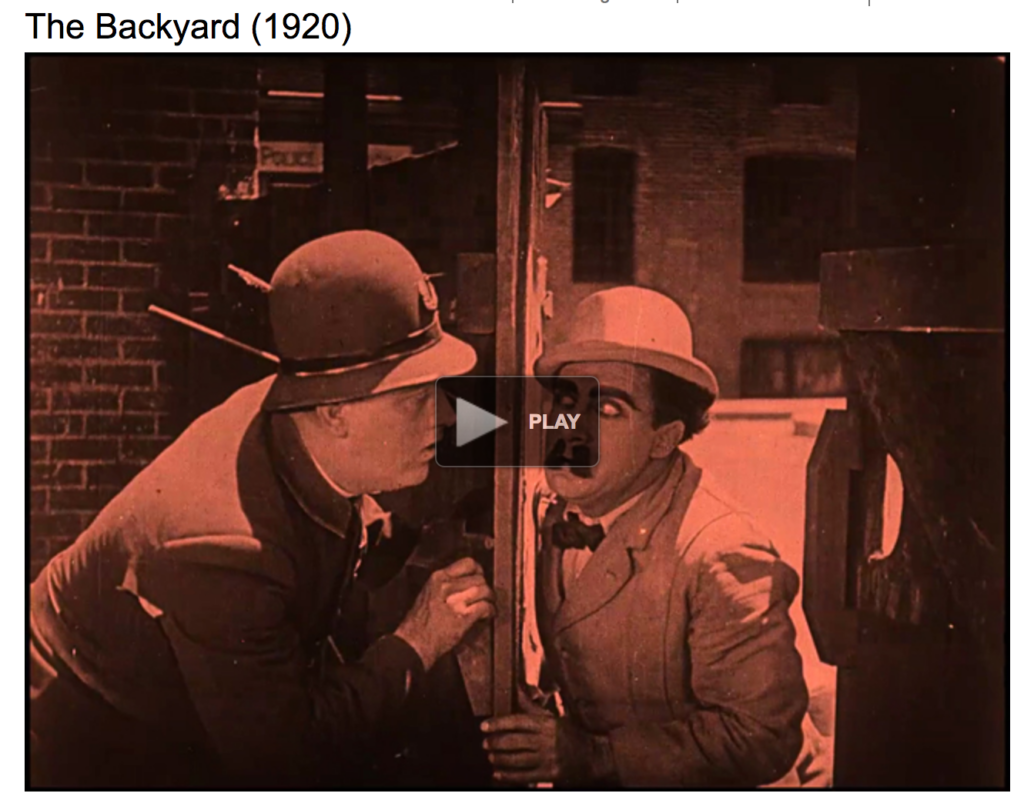