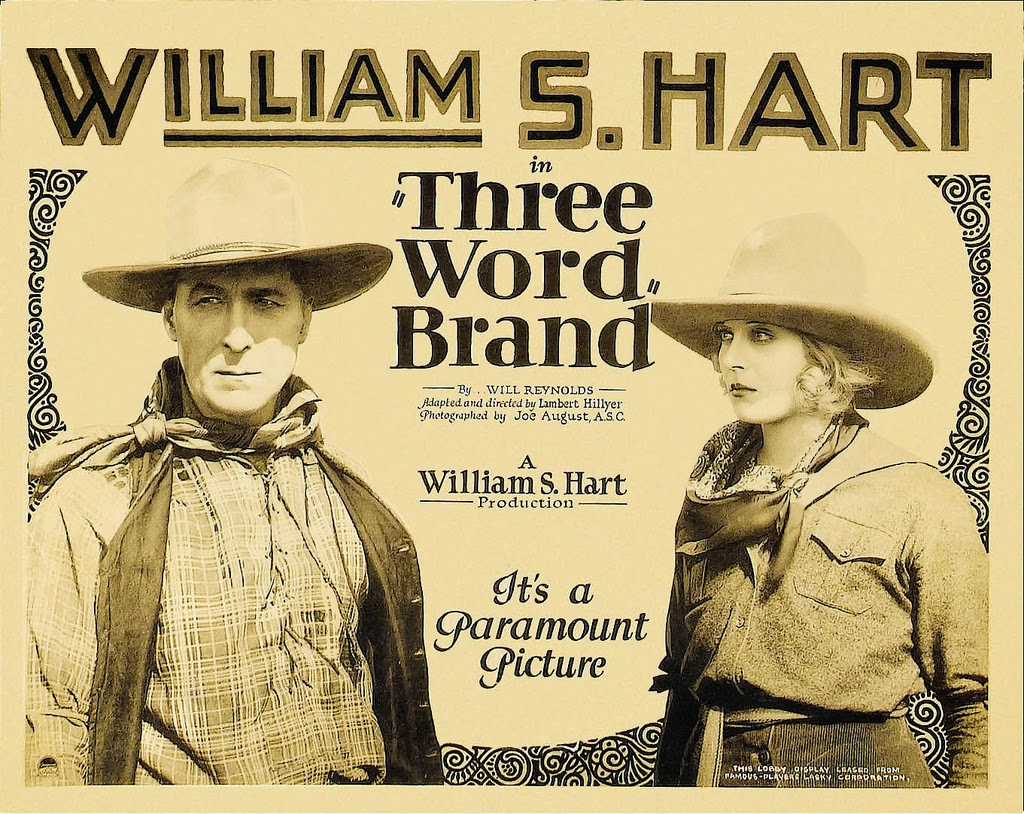 Why am I releasing this in this manner?

This is an experiment. As is the “tip jar” I’ve enabled on my channel, a feature for creators that YouTube rolled out a couple months ago.

What I’m trying to find out is whether YouTubers will pony up a few bucks to watch a silent feature knowing the score will be good and — given the rest of my channel’s content — that the film looks good and is at a decent speed.

Here are some particulars about this edition.

This is streaming ‘purchase’ and not a ‘rental’, so if you pay the $2.99 you will have access to it as long as you like.

If anyone here goes for it, I’d appreciate any info about how this whole thing works from the consumer end of it. Also, posting any comments on the YouTube listing itself will help other fans find it or have it suggested to them.

Enough exposition. If you’d like to check out this new release of THREE WORD BRAND starring William S. Hart and directed by Lambert Hillyer…

Yippee-kay-yay!!!! I did not know you scored some Westerns, too, Ben! I am a cowboy at heart, albeit a vegan one! I love this YouTube idea and will happily pay $2.99 to see a well-curated silent movie with your score, and will spread the word about this!

Just finished watching it, Ben (had to do it in installments, thanks to my chaotic schedule). Here's my feedback: This system is great! It's a convenient and affordable way to see silent movies that I wouldn't otherwise get to see in such good shape and with an original score by you; it was easy to pay, easy to stream, and thoroughly enjoyable. I have a limited amount of space for shelving DVDs/Blu-Rays, so I am happy to have online access to silent movies of superior quality. I throughly enjoyed your score, which complemented the images perfectly — in fact, you… Read more »

Just found this. It says the video is not available.

That’s correct. I pulled this from YouTube a couple years ago. It was an experiment to test the waters of streaming a film on YT for pay. Unfortunately, the money threshold for collected fees that YouTube has set has such a high ceiling that I’d pretty much never see any money from this.