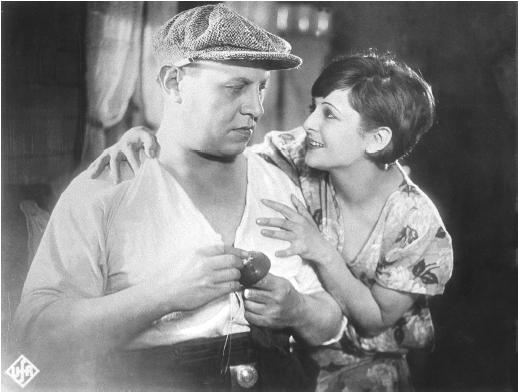 Well, I’d only seen the American-release version of Variety, up till Weds (Feb 4). I’d played for it a number of times, and was glad I finally got to see the film with its original first 2 reels and storyline intact. When Paramount released it they cut out the film’s prologue where Emil Jannings and his wife and baby are part of a circus or carnival, and Lya de Putti’s character is introduced…she is the survivor of a ship that sank and is brought to the home of Emil and his wife. They take her in, at his insistence, and she becomes a new act at the carnival. There are sequences involving Emil looking at Lya’s bottom, then at his wife’s etc and eventually Lya seduces Emil and he leaves his wife and baby and he and Lya go off. In the cut version, this is where the picture begins, and the titles make Jannings and Putti the couple and there is no mention of the prior wife, so when the handsome acrobat enters the picture and Jannings murders him, his motivation is purely revenge, whereas the original shows Jannings as being kind of a decrepit guy himself.
35mm print came from L.O.C., and we ran it at 22fps. There were opportunities at the beginning and end for me to use the snare and bass drum on the organ, when Jannings is plodding slowly down hallways with that I-just-got-my-heart-ripped-out-and-I’m-devastated look on his face that is in nearly every Jannings picture. I also managed to repeat something that I’d done last time I played to the picture. In the scene at the Wintergarten when Jannings is jealous of Artinelli and has a fantasy of dropping him during a climactic somersault-and-catch, I’d built the tension up and at the moment he doesn’t catch Artinelli and he falls I went silent for half a second, and the audience gasped. I managed to pull it off again this time, and got the same effect.

As I’d experienced a month ago playing for The Last Command, I was kinda emotionally spent at the end of the picture. When you go on the ride with the film, you process the emotions that the characters go through, and Jannings is such a compelling performer – there are not that many titles in the picture – that you can tell what he’s thinking just looking at him. [Lillian Gish is another one with this quality.] Not so with Thursday’s picture… 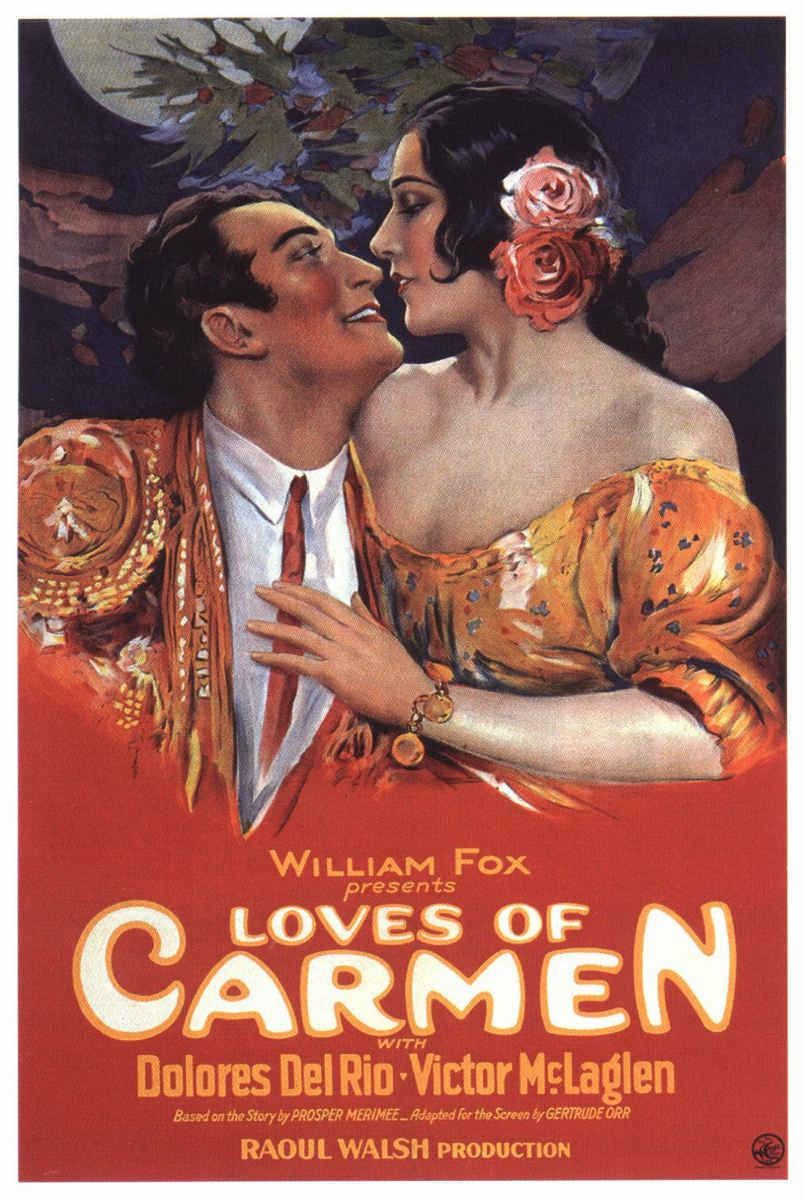 The Loves of Carmen, shown (24 fps) in a 16mm print in MoMA’s collection, is a piece of fluff with little drama coming off the screen. It seemed to be a vehicle for Dolores Del Rio to flounce around and “act spanish” in pretty dresses, basically. McLaglen doesn’t have much to do, and the bullfighting scenes look like they used stock footage shot for Blood and Sand. Anyway, I got through the picture just fine – only played snippets of the Bizet as the lights went down so I didn’t have to use it in the picture (didn’t fit anyway) – and the audience seemed to enjoy the picture, judging from the applause at the end. 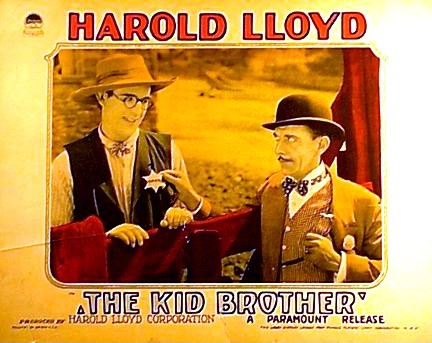 Harold Lloyd’s The Kid Brother is probably his best feature. It’s so well-crafted, so well shot and lit, and has an excellent balance of character comedy and gag-sequences. I played this one on piano, as the show had been moved, as of the day before, to Titus 2 and I just didn’t feel like schlepping the Miditzer equipment from the Education building to the other one, and then back again afterward, just for the one show. When I sat down after my introductory bow I heard mutterings about the organ (a lot of the regulars really prefer it, I think). I quickly apologized that we weren’t using the organ, and then I remembered I’d left my phone on and turned it off, encouraging the audience to do so. Darned if someone’s phone didn’t go off during the feature anyway, someone in the 7th or 8th row (?) who probably was in the audience when I made my announcement. One of these days, I’m going to just stop and wait for the offender to shut their phone off. If you haven’t heard the infamous stopping-the-show Patti Lupone rant about someone taking pictures of her during “Rose’s Turn” you can hear it here on YouTube. Before Kid Bro was a surviving fragment of The Wanderer with Ernest Torrence and Greta Nissen. Was that Bynunski Hymen I spotted in a brief part? 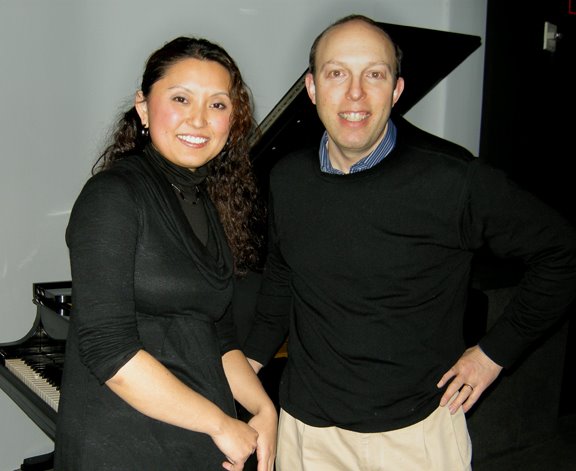 Saturday I didn’t play, but I did go to MoMA to hear Makia Matsumura, who was making her MoMA debut three times that day. Ron Magliozzi was there as well, and introduced her to the audience. She did a great job on Variety, and friend who was at the 8:30 Kid Brother said she did a good job on that as well. Photo at right was snapped with my camera by Fred von Bernewitz; Fred helps us out by dropping our Silent Clowns brochures at art/rep cinemas all over town, and is also a film editor — this weekend some the films directed by Robert Downey (senior) that he edited are being shown at Anthology Film Archives.
0 0 votes
Article Rating
Subscribe
Login
0 Comments
Inline Feedbacks
View all comments