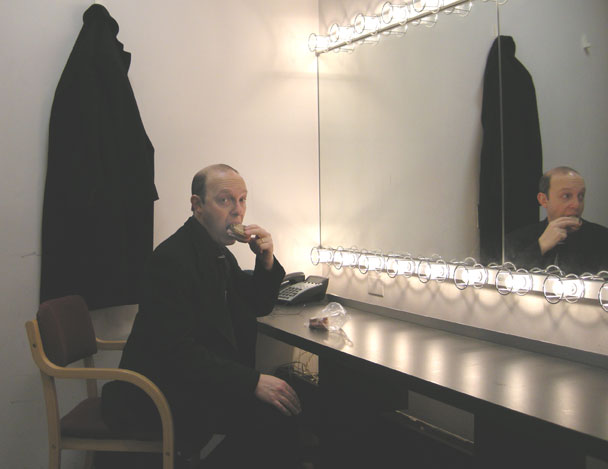 It was fun getting to play for as a charming a picture as The Blue Bird is. Today’s matinee was part of the Film Society of Lincoln Center’s “Dance on Camera” festival. The show was introduced by film critic and historian Elliott Stein. Elliott’s a long-time supporter of the Silent Clowns series, and I hadn’t seen him in a while so it was a nice chance to chat a little with him.
Seen at left is the green room area at the Walter Reade. My pre-show routine generally involves pacing around the lobby or the back of the theater, so I am usually in here to hang up my coat and, in today’s case, grab a bite.
There were maybe 80-100 people at the show, and it was nice to see a number of people brought kids to the show. The Walter Reade has a nice Steinway concert grand; it’s always positioned stage right…so the sound goes toward the screen, but the acoustics in there are great so it doesn’t really matter. I’ve heard Donald Sosin play there a number of times and the fact that the piano is positioned this way doesn’t affect the sound.

Here’s a couple minutes of the performance, starting around 24 minutes into the film:
http://www.silentclowns.com/podcast-audio/bluebird-exc.mp3

The first thing to check, of course, was the running speed. I called up to the booth fromt he theater on the in-house phone:
ME: “What speed are you running the film at?”
PROJ: “18 fps”
ME: “Uh…is this a print from Eastman House?”
PROJ: (checking…) “Yeah.”
ME: “Ah, that explains it.”

Generally a silent film from GEH is marked at 18fps. Which is a great speed for The Great Train Robbery and other delights. We ran some of the first reel and slowly brought the speed up a little until it looked right. The projectionists at the WR, like at MoMA, are amenable not only to running a silent faster than it’s been set to by an archive but also to the speed requests of the accompanist. Which is really great. When a silent is run too slow, for the accompanist it can feel like you’re pushing the piano up a hill…

Here are a couple screen grabs from the DVD of the final moments of the film, where the kids implore the audience to look for the bluebird of happiness. 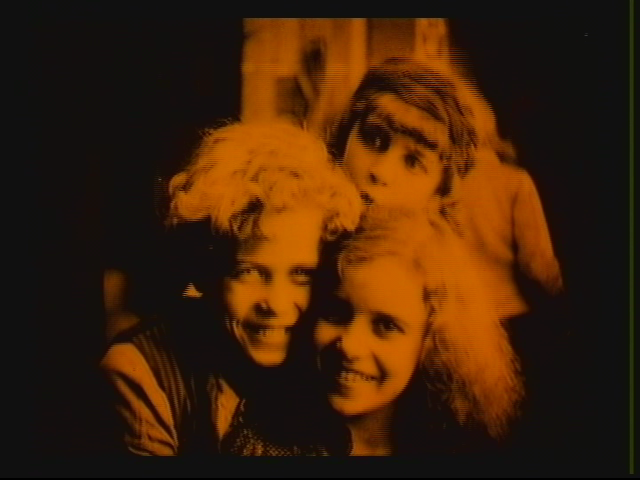 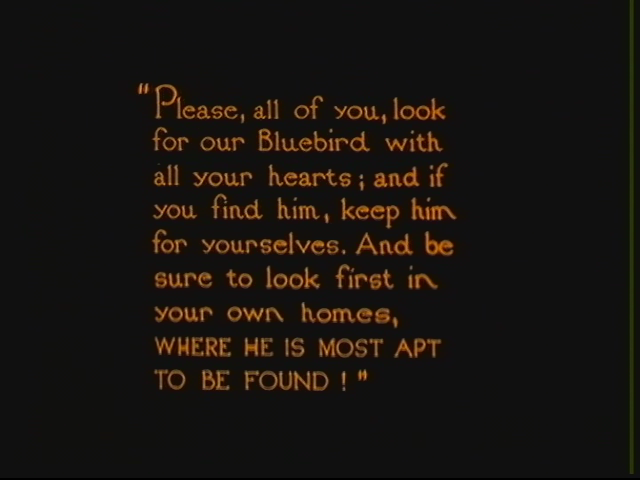 Tomorrow’s my last day of Doug, with the repeat showings of The Iron Mask and Down to Earth at MoMA. The following I’ll be playing for Don Q, Son of Zorro at the CAC, so I’ll still get a little Fairbanks fix before the month’s out. Click on the image of Doug below to go to their website.

Thursday Bruce and I are doing a program of silent cartoons at the Jacob Burns Film Center. 16mm prints from our collections of Koko and Felix, and 16mm rental prints of Winsor McKay shorts from MoMA Circ. 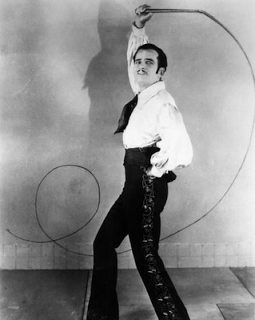