I have posed for photos at events for press before, standing with people way better-known than I am in front of a large hanging sheet of paper or vinyl with festival/event logos on it, referred to as the “step-and-repeat”. Each time, I only stepped once and didn’t repeat anything, so this always puzzled me. Until last month at the TCM Classic Film Festival.

I’d been invited to the opening night screening and the gala that followed it, RSVP’ed ‘yes’, and when I read the itinerary I was sent by the festival I noticed I’d be getting chauffeured over to where I’d be walking the red carpet. I was not involved with anything to do with the opening night, but I figured ‘what the heck?’. I’ve seen these things on TV but have never participated in one. But I was game for whatever this was. The Escalade deposited me at the end of the red carpet assemblage in from the the TCL Chinese Theater, and I found my ‘handler’, a festival staff member holding a sign with my name printed on it. She escorted me onto the red carpet and we waited our turn — it was like being part of a wedding procession.

On one side of the red carpet was a long wall of festival logos printed on that vinyl that I’d seen before only in 8-ft’ lengths, and on the other was a receiving line of photographers and TV reporters. When we got the nod, I began my walk, with my handler holding the sign a few feet a ahead of me. In spite of my not being Mel Brooks, Illiana Douglas or Leonardo Di Caprio, photographers with big lenses began taking photos of me. I stopped. Photos were taken, then I was waved on and took another couple steps and was motioned to stop. A couple photographers said “over here!” and took more pictures, now that I was in front of them. This happened a few more times.

Ah. Step and repeat. Now I get it.

It was like being the horse in the Muybridge experiment, in slow motion. 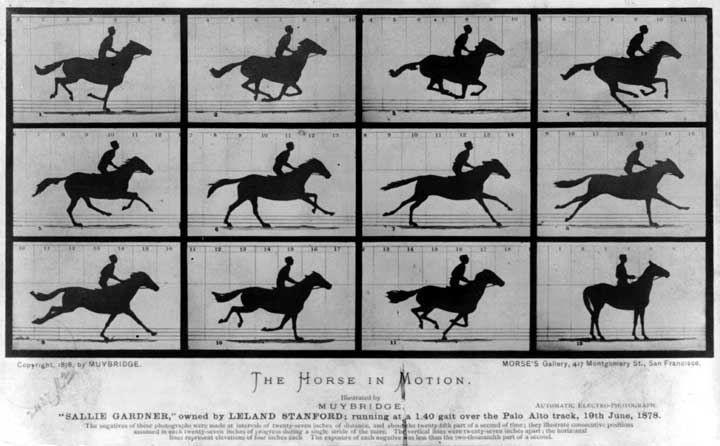 As I moved along, past the photographers, I got to the section where the TV reporters were. Here, I had to wait a while. That’s where I snapped the photo you see at the top of this post, where the other Ben M. attending the festival (Mankiewicz) was being interviewed. Here’s the full photo, where you can see that on the ground in front of each photographer or reporter is a label stating what outlet they’re with. 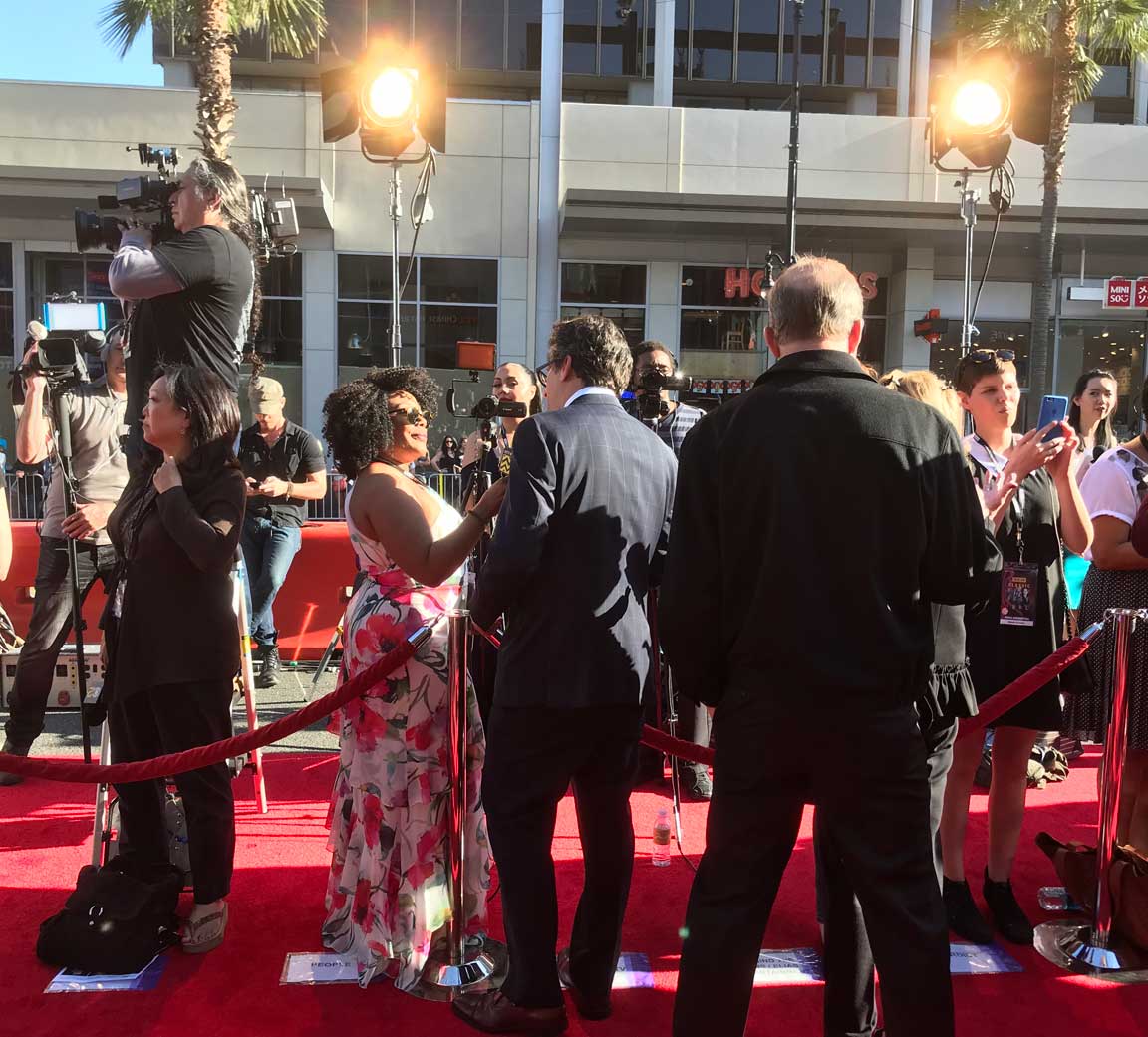 Looking ahead, and figuring I wasn’t going to be interviewed by the woman from People Magazine et al, I saw some familiar faces. Because, just past the photogs and TV outlets, were classic film bloggers whom I knew: Racquel Stecher (Out of the Past), Nora Fiore (The Nitrate Diva) and Jeff Lundenberger. Friendly faces amid the sea of big lenses and microphones. It’s really great that the TCM festival grants press/media credentials to folks from social media. Racquel waved to me, and once the handler and I were done standing behind Ben Mankiewicz we moved on..

Raquel interviewed me on-camera, then Nora and Jeff interviewed me on audio (there’s a photo of this, way below, that Racquel snapped). Each time I answered questions, some of which overlapped, and some didn’t.

Raquel’s post about the opening night red carpet is here, and she posted the video interview she shot on her YouTube channel last week, which I’m embedding below.