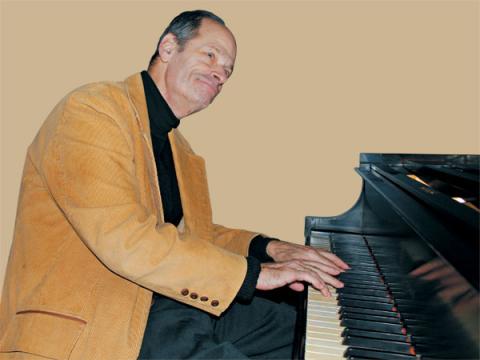 This week MoMA is presented a program in tribute to Stuart Oderman, who this year celebrates his 50th year as a silent film accompanist. On Thursday, Jan 29 at 6pm, Stuart accompanied Broken Blossoms, which was the first film he accompanied way back when. The show was in T1, and the place was pretty full. Larry Kardish introduced Stuart, who recounted the infamous “I was a numbers runner for the mob, cutting high school and going to silent movies at MoMA” story in more detail than I’d heard before. It was a nice chance for people to see what a good storyteller Stuart is.
I’ve played for BB a couple times recently (and will again in March) but this was probably one of the only times I’d been able to sit and watch and really appreciate the great artistry of the Griffith/Bitzer/Gish/Barthelmess team in this picture.
Click here to read an article from TimeOut New York from this week about the event and about Stuart. Writer Joshua Rothkopf also interviewed me for the piece, and there’s a nice little quote from me – and a mention of The Silent Clowns Film Series (thanks, Josh!) – in the article.
Stuart appeared on the Leonard Lopate show on Weds, Jan 28. Embedded below is the segment from the program (it’s about 18 mins).

I first met Stuart in the fall of 1981, when I started accompanying silents during my sophomore year at NYU film school. To learn about how to play for films, I made a point of meeting everyone in the city I could who was playing. I met Bill Perry, spoke by phone with Donald Sosin, met and befrended Lee Erwin, and I also went to a screening at the New School where Stuart was playing. I chatted with him briefly before the screening – one of the infamous Bill Everson ones – and I remember when I asked him how he prepared for a film he told me that he had 5 or 6 pieces that get him through just about any silent film. This was probably one of his standard lines – like the anecdotes about meeting Lillian Gish or his current line about my playing him in the movie of his life’s story – as he’s definitely got more than 5 or 6 themes in his repertoire and I imagine if I’d pursued him a little more at another time I would’ve gotten more info and advice.
Stuart and I didn’t really connect until much later, since even though I began playing at MoMA in 1984, I only got called to play when he wasn’t available (summer and Xmas, when he and his wife Janet would travel to Greece). At the time, MoMA didn’t hire an accompanist for the repeat screenings; it would be Stuart or Donald for the first showing, and then for the repeat the film would really be silent. This practice changed for the “MoMA 2000” museum-wide exhibitions, and From Automatic Vaudeville to the Seventh Art: Cinema’s Silent Years, 1893-1928 found Stuart or me at the piano for both screenings of a film, and ever since then there’s been accomp at both screenings of a silent at MoMA.

Click here to read an article about Stuart Oderman and me for TimeOutNY in January 2000, written by Bruce Bennett (a fellow NYU alum). The occasion was the “MoMA 2000” museum-wide exhibitions, which found Stuart and me playing for silents in both theaters — often simultaneously — for 5-6 months. Up till that time we had been, as Stuart put it, traveling in parallel circles. We hung out and kibbitzed a lot in the booth between shows and became friends. Once, when I was playing for The Adventures of Prince Achmed, I returned to the booth afterward to find a note from Stuart that read:

…and we’ve referred to each other as Mr. Rimsky and Mr. Korsakov (like Gallagher and Shean) ever since.