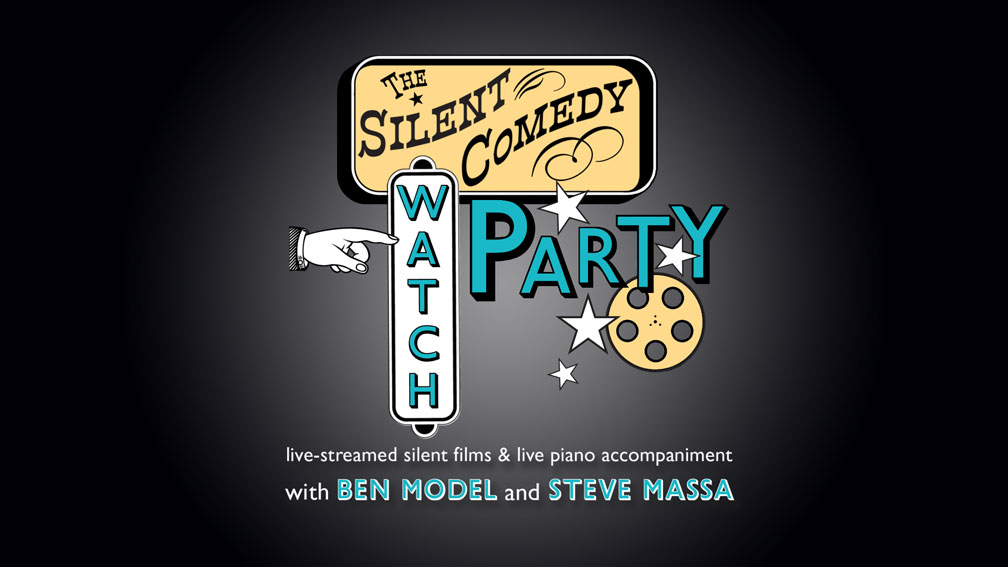 Each episode presents three slapstick comedy shorts from the silent film era, accompanied live on piano by Ben Model during the stream. The films are around 10-14 minutes apiece, and each is given a brief introduction with points of interest related to the performers and the copy of the film itself.

The show is streamed live from Ben Model’s living room, with Steve Massa piped in digitally from his apartment for his introduction. The films are primarily culled from DVDs released by Model’s Undercrank Productions label, many of which are sourced from rare archival prints preserved by the Library of Congress or the USC Hugh M. Hefner Moving Image Archive; selected shorts are presented courtesy of Kino Lorber, Lobster Films, The Blackhawk Films Collection, Milestone Films, and the EYE Filmmuseum.

Each episode of The Silent Comedy Watch Party is archived on YouTube for viewing after the livestream ends. Subscribe to Ben’s emails or blog for information and announcements about the show. You can also subscribe to Ben’s YouTube channel, where you’ll also find many silent films with his scores.

The title and logo graphic design for the show is by Marlene Weisman.

We’ve got a great show lined up for Sunday! For information and links to watch the livestream, click here for the episode 17 show page.

ALL-ARTS, the web/cable arts and culture hub created by WNET, New York’s PBS affiliate, posted the article: “How to Use Silent Films to Lift Spirits and Find Solace”

Domitor, the International Society for the Study of Early Cinema, posted the article “Your Quarantine Blues Antidote”

Atlas Obscura wrote about the show in their recommendation round-up “Silent Films, Flower Festivals, and Cooking Classes to Enjoy at Home”

Ink19, “the Glass Bottom Boat of the Cultural Press” posted this article about the Silent Comedy Watch Party

The Nitrateville Radio podcast had Ben Model on its episode 53 to talk about the Silent Comedy Watch Party.

The New York Public Library’s blog posted the article Screen Saver: Educational Films at Home which recommends the Silent Comedy Watch Party among streaming sources for films to watch with your kids.

The Silent Comedy Watch Party is presented online on YouTube for free.

Fans who have watched the shows have written and asked about making a contribution to support the show, and we are grateful for any support you may be able to make.

You can view all previous episodes of the Silent Comedy Watch Party on YouTube.