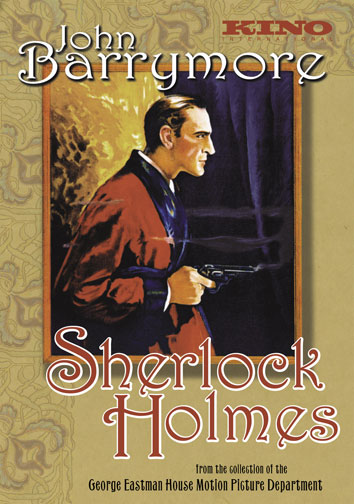 June 7 — I was hired by Kino in March to record a score for the silent film of Sherlock Holmes (1922) starring John Barrymore, and got my promo copy of the Barrymore box set that it’s part of the other day. Packaging and esp the artwork is very nice, and this should prove to be a nice set for the overlooked silent film work of John Barrymore.

One thing I appreciated about the call was the request that I do the score on theatre organ. This was another opportunity to help make the sound of the organ part of the silent-film-on-DVD landscape as well as to show off the Miditzer. The other scores on the set are by Bill Perry (piano) on Beloved Rogue, Mont Alto on Dr. Jekyll.

Sherlock Holmes is not necessarily The Last Command or Orphans of the Storm or Wings, but it is definitely worth seeing. Plus it’s got a great cast that includes a young mustache-free William Powell, plus Roland Young, Gustave von Seyffertitz, Reginald Denny, and the pretty-although-not-much-in-the-acting-department Carole Dempster (who I’m guessing is the reason the GEH restoration has a funding credit to Hugh Hefner).

My process for scoring a feature for DVD usually involves watching the film a few times once I get the MOS screener. First time is to watch the picture (or revisit it, if it’s a familiar film), and the second and/or third is to make mental and written notes about scenes and mood shifts. If there’s time, I then put it aside for a few days to digest the film and think about what the film’s dramatic themes are and about the main character’s journey. It’s also time used to figure out the musical feel of the score, and often this is impacted by factors like transfer speed where the film will need a little more or different help.

I set up the Miditzer and improvised and worked out themes for a while, and then recorded the score in three sections. Sometimes I can get all the way through at one shot, and sometimes I hit a couple of really awfully wrong notes and will stop, back up and start recording another segment. I’ve learned to musically resolve what I’m playing on a fade-out, so that I have a clean edit point if I need it.

Here are some frame grabs from the screener (you’ll see the VTC, or visual timecode, at the bottom). 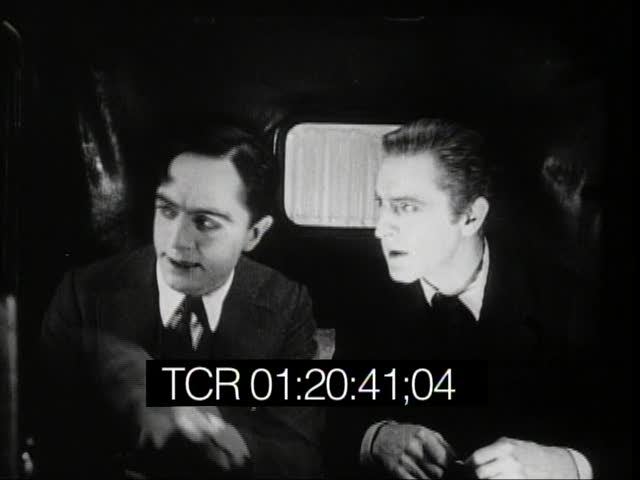 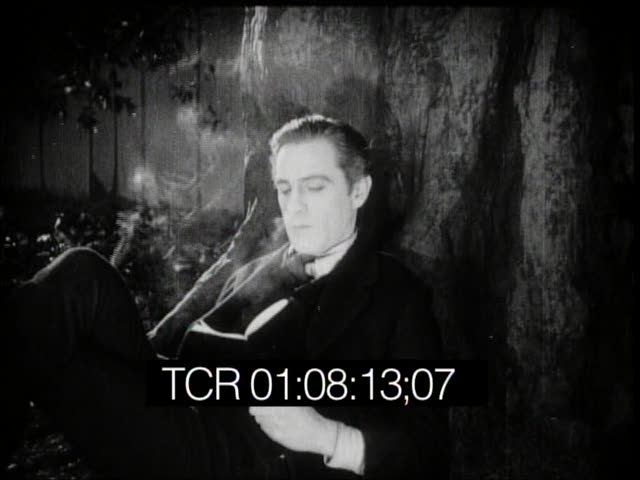 “Musically resolving what you're playing on a fade-out, for clean edit” reference point is brilliant! Nothing like making the patient and tedious job of sound editing easier. I am wondering if the change(s) you suggested update the film to seem more like 40’s film noire. I love KINO so much! I also love many of the qualities of old film- including the flaws. I am a “purest” to a great degree, I suppose. But when you can truly advance the story and feel without compromising to modernization of the quality, I think that’s a good idea too. I don’t mind… Read more »