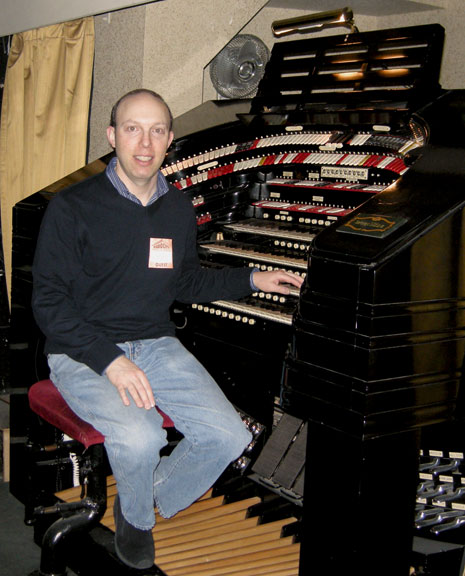 May 6 – was back at Radio City Music Hall for some practice time on the Wurlitzer today, in prep for next week’s SVA graduation. Turns out I won’t be using the organ at the ceremony — nothing to do with RCMH, it’s just that the sample recordings I’d sent in didn’t quite fit right. I’m actually not sure the theatre organ would be right for the diploma ceremonies myself, but wanted to give it a shot.
At any rate, I did get to spend about an hour and a half playing and finding my way around the instrument. A few tour groups came through, and I made sure to play something that sound more like music than poking around and noodling where there were people in the theatre. One school group had a handful of kids who broke away from their group on stage and came over to ask about the organ.

At any rate, I’ll still be playing for the graduation exercises there next Friday, and will be on the RCMH’s Steinway concert grand improvising music while the grads come up to get their diplomas. Wonder who’s the keynote speaker this year. (Last year it was Franch Rich.)

Here’s a recording of a few minutes of my rehearsal time. Keep in mind that I’m making this all up, so there are some musical gaffes here and there. Sound quality isn’t optimal because of where I put my recorder (next to the console…which is why you hear my pedalling in the quieter section); also the instrument hasn’t been tuned in a few months (but it will before next week). However, you are getting to hear the RCMH Wurlitzer, and you may want to listen with headphones so you can feel that bass.

Here’s a close-up of the console — 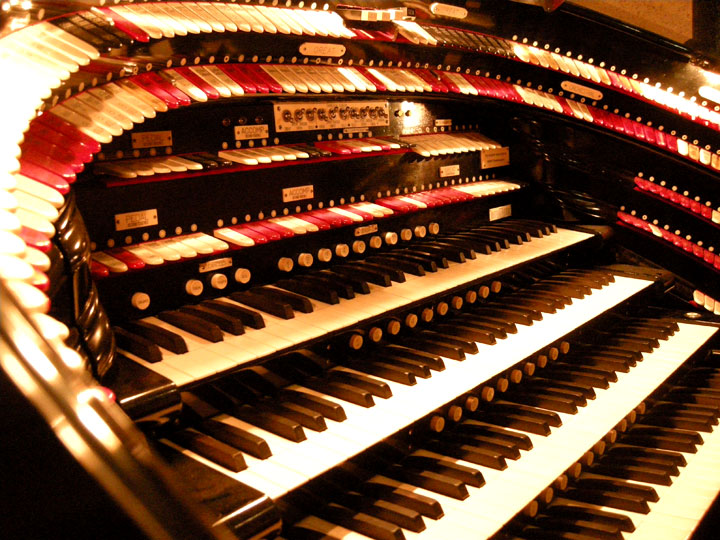 Had some screening time at MoMA this afternoon to work out the “live restoration” of Lizzies of the Field with a projectionist, before we show that film at the June 1st Cruel and Unusual. We did a trial run of the changeover from the 35mm of reel 1 to the 16mm print at its “in-point” and it looks pretty good. Bruce Lawton has done this sort of thing for a film at the Silent Clowns a few times, and that’s what had given me the idea to try this at the C&U class in November. I think our audience at MoMA will get a kick out of getting to see this “complete” version of Lizzies (I know Steve and I will).
0 0 votes
Article Rating
Subscribe
Login
0 Comments
Inline Feedbacks
View all comments