I should know if Harry Watson, Jr. and Marion Davies appeared in the Ziegfeld Follies together (alas, for the moment, I don’t). If they didn’t, Watson was certainly on Davies’ radar as he has supporting character roles in two of her features, films made half a dozen years after his “Musty Suffer” series of shorts.

The Mishaps of Musty Suffer, three series of ten one-reel comedies, were made in 1916-17 by producer George Kleine. He’d hired Watson and comedy partner George Bickel to star in feature-length comedies, on the strength of their renown as Ziegfeld headliners. The third feature either was in trouble or was more episodic in nature, and Kleine decided to turn it into a series of one-reel shorts with a recurring cast.

The Mishaps of Musty Suffer films were released on a weekly basis, capitalizing on the popularity of the form of serials which had been in high gear in cinemas since 1913. Gradually, Mr. Bickel’s presence diminished and the films concerned themselves with the surreal and nightmare-like adventures of “Musty Suffer”, the character Watson was portraying.

The films were directed by Louis Myll who, as historian Steve Massa has pointed out, was also largely responsible for the films’ outrageous sets and physical gags. The films were made in large spurts so they could be released weekly, and Kleine did something unusual — holding promotional screenings for reviewers and bookers of each series of 10 “whirls”, as they were called, when they ready for release. Bingeing in 1916…imagine that!

The second-released “whirl” was Hold Fast (1916), and in its second half Bickel and Watch recreated their famous boxing routine. It was something they’d created and perfected as Ringling Clowns, and which they did in the Follies. Seen today, one can see bits of boxing routines done by numerous comedian decades later. The “patty-cake” bit that Hope and Crosby do in their “Road” pictures is a direct lift from the Bickel & Watson routine.

When the “Musty Suffer” series ended in 1917, Watson returned to performing and made no more films. Until Little Old New York (1923) starring Marion Davies. In which he plays boxer “Bully Brewster”. In the Davies film, there is a boxing match held in which Marion’s love-interest Harrison Ford has placed a big bet on Brewster. Watson who is pitted against “The Hoboken Terror” played by Louis Wolheim. This is the silent era Harrison Ford, and not the Indiana Jones one you may be thinking of.

There is no comedy whatsoever in the boxing match, no vestiges of the classic-by-then Bickel and Watson routine. Just two guys punching each other in the face over and over and over. I’d thought there might be, before seeing the film. In the Kleine papers at the Library of Congress there is a copy of a letter sent to Cosmopolitan Productions by George Kleine trying to claim rights on the boxing routine since Watson had appeared in one of his productions performing it. Kleine, in 1923, was clearly clutching at straws, his heyday of film production pretty much over at that point.

There is no other correspondence in the file, and presumably the claim went nowhere. I’m scoring Little Old New York for a DVD Kickstarter done earlier in 2019 by Edward Lorusso, and can tell you the only similarity between the boxing match in the Davies picture and in the Musty Suffer one is that Harry Watson, Jr. appears in both.

Watson plays a fireman in NYC’s new fire department (the film takes place in 1807) and appears in a few other scenes. He also appears in a similar character role, as comedy relief paired with Harry Myers, in Davies’ 1925 film Zander the Great. It was the last film he made.

[Don’t let IMDb fool you — the “Harry B. Watson” he is listed as being in a few shorts in 1929 on the database is a completely different guy.]

Perhaps we’ll never know the personal or professional connection between Harry Watson, Jr. and Marion Davies, but it’s clear he came back to moving pictures because it was work on Marion Davies’ films.

Please consider subscribing to my blog or signing up for my emails..

Hold Fast (1916) is on the Undercrank Productions DVD of The Mishaps of Musty Suffer, which is available on Amazon and several other online retailers.

Little Old New York on DVD will be completed and sent to the project’s Kickstarter backers later in 2019, followed by a general release to the public by Undercrank Productions.

I posted a few of the Musty Suffer shorts on my YouTube channel from my DVD project. Here’s Showing Some Speed (1916), in which our hero works as a bicycle messenger.

Davies’ only appearance for Ziegfeld was in the 1916 Follies and Watson is not listed as a cast member.

from ZANDER THE GREAT 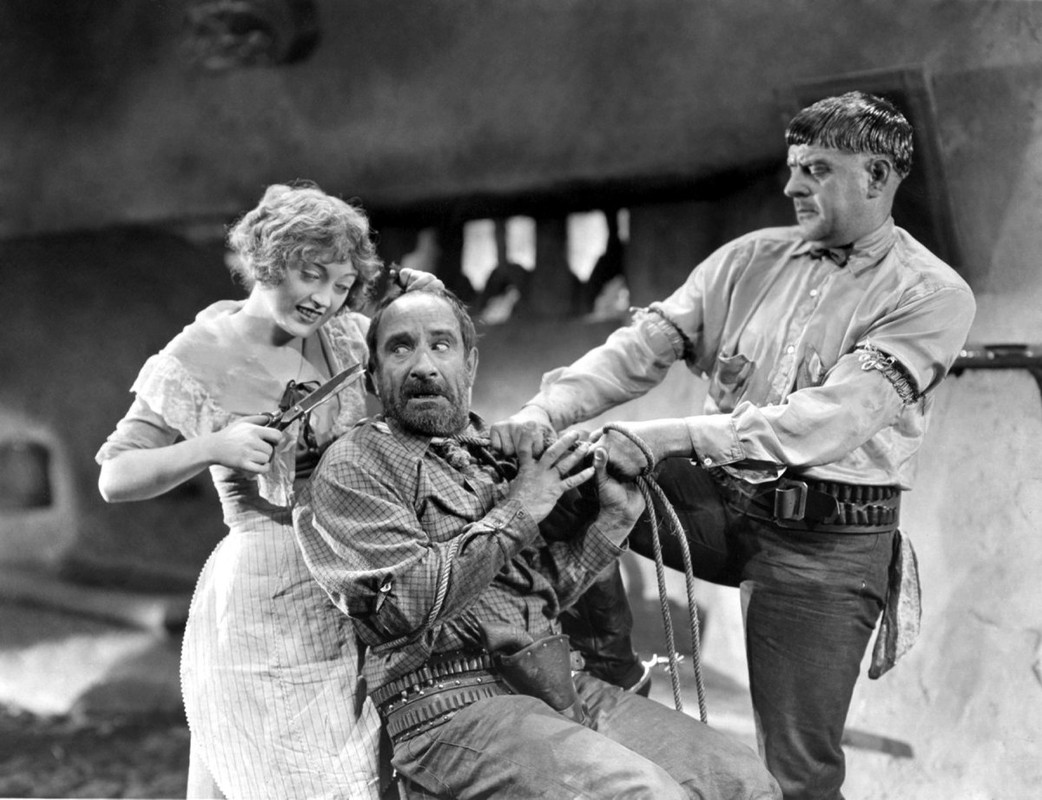