Selective Sound Frees Up Some Logic 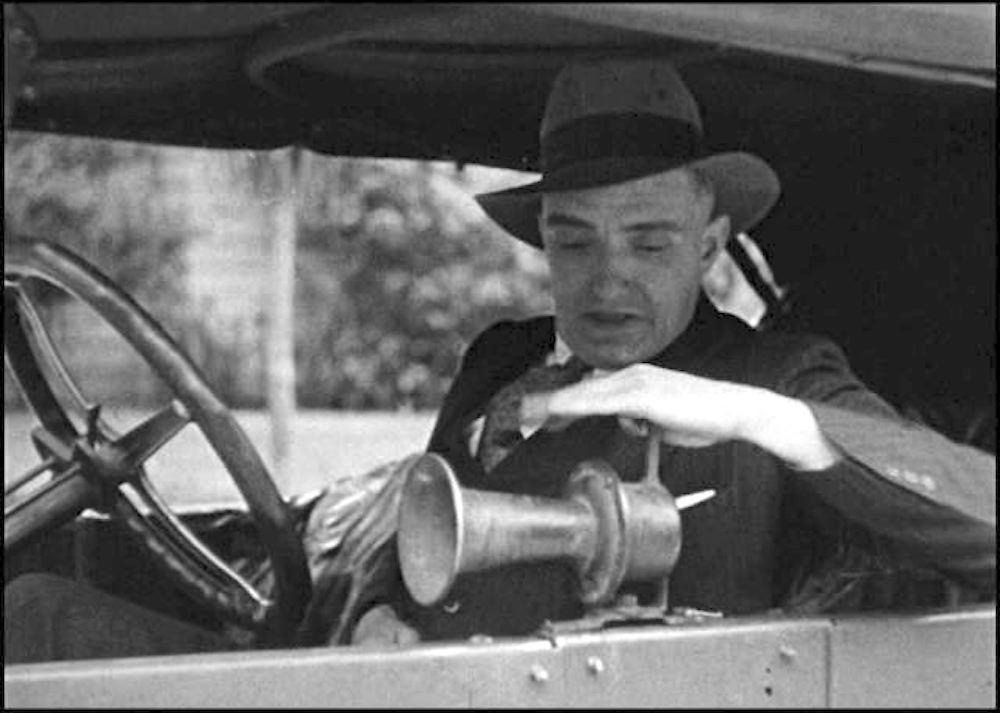 What did this aberration of the presence of sound mean to people making Silent Film? While it’s not known who or when this was figured out or came into regular use, it was clearly a known entity of the world of silent movies. I’ll bet that, if you weren’t aware of it yourself, you may start noticing its use more now in films of both the ‘teens and ‘twenties.

Having this element of nature be optional, and the existence of a sound being selective by a character or characters in a scene in a film — and it being believable and accepted by the audience — must have been liberating. In drama and comedy alike, it meant that a certain amount of logic and consequence could be dispensed with, in the interest of the expediency of keeping the story moving and the stakes of it raised.

Imagine writing a scenario, as screenplays were referred to in the silent era, and having that much more possibility about what could happen next in a scene! An automobile in the same scene with your main characters, its noisy 1920s motor running, not noticed until its a-oo-gah horn is heard…and then only by the director and editor selectively showing us a close-up of someone sounding it?

It must have been freeing to just think — okay, well, no one will hear that just yet, until the character “gets over” that they’ve heard it.

[“Get over” is an expression I’ve seen in silent movie scenarios that indicates that the performer physically react in some way that will indicate to viewers what that reaction is. Sometimes, in a comedy, the expression might be “takes it big”, as in “Finn turns to Stan, notices Stan using the jack-hammer on the dishes…Finn takes it big.”]

This is part of why I like to think of the world inhabited by Silent Film as its own universe. The natural laws of sound and whether or not they exist at a particular moment, is just one of the believable-by-us elisions of reality in that Fantasy-of-Fact of silent movies.

1 thought on “Selective Sound Frees Up Some Logic”