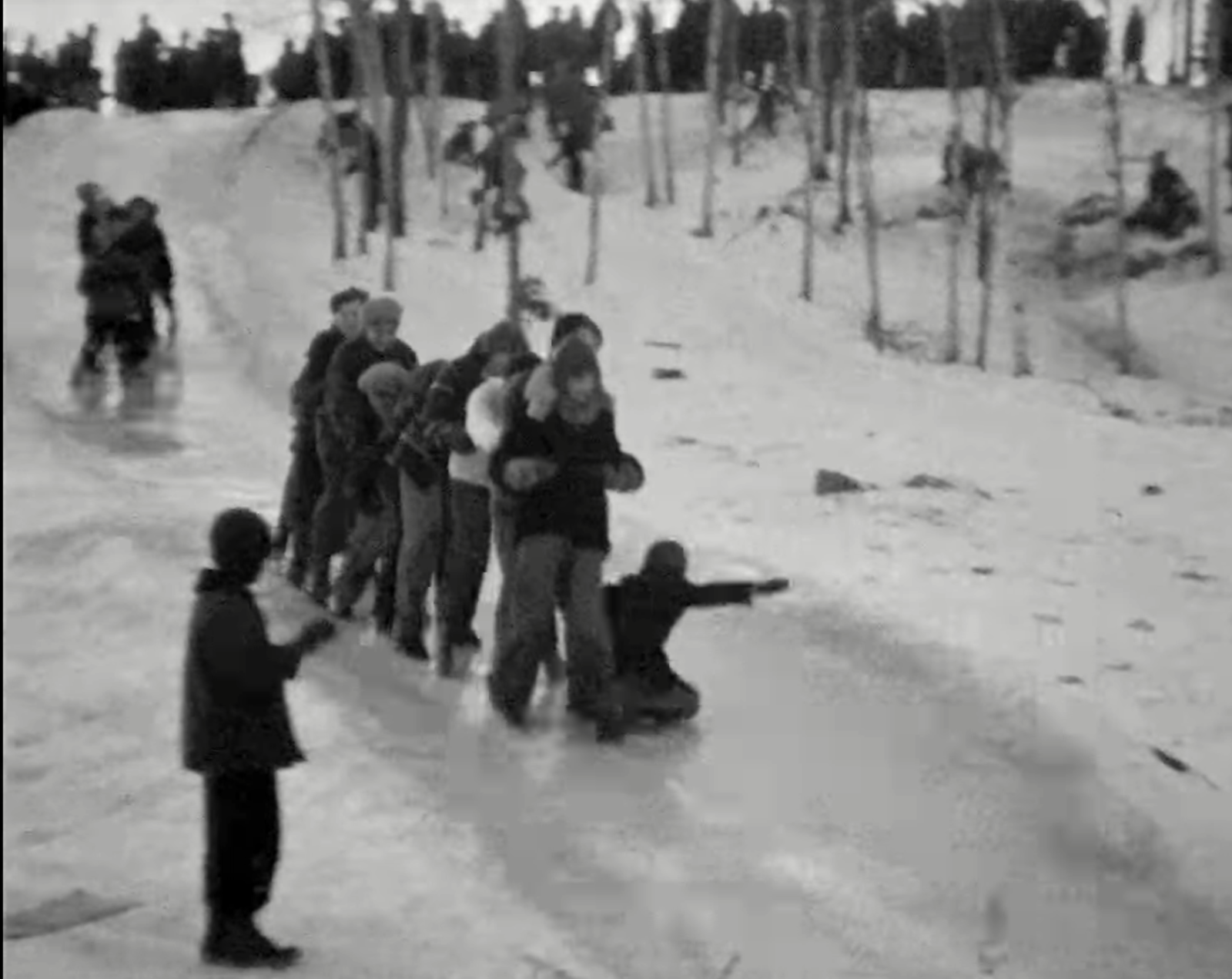 I’d almost forgotten about the home movie gem I posted a few years ago. Southwest Silents on Twitter @SWSilents has been tweeting a Silent Film Xmas Advent, finding holiday-related silents online and sharing them. They’ve already posted two discoveries that I’d scored and posted to my YouTube channel. One was a film that had been spliced onto the end of a comedy short I’d won on eBay years ago, about 150 feet of 16mm I nearly unspooled into a garbage can and tossed after it ran through my projector.

I didn’t really pay attention to the B&W home movie footage of the family going sledding the first time I watched it. It wasn’t film I’d wanted, and wasn’t even from the ’20s. But there was something about this motion picture record of a weekend afternoon from decades ago that stuck with me.  A few days later I watched it again.

The filmmaking was just a tad more on-the-ball than typical home movies. There’s a story told in the footage, and the choice of camera angles shows that the home movie enthusiast who took these had an eye for composition. Not like a Hollywood cinematographer, but at least a notch above simply pointing the camera at what was happening. The footage is all edited in the camera, and the overall storytelling of the events flows nicely.

Which is why I thought of having the film scanned, and of scoring it and posting it on my YouTube channel. I used the looming deadline of Home Movie Day as an impetus to get this posted. The year I produced and uploaded this video I’d hoped to attend a Home Movie Day event, but wound up playing a gig the weekend it was happening in my area, so this was a way to support HMD.

I was pleased that Southwest Silents had tweeted out the Christmas Seals cartoon from 1925 that I’d posted for their advent, and thought that was a fun fit. I was even more pleased they picked the 1939 sledding film made their countdown a few days later. At first I thought this was an unusual choice since it’s not about the Christmas holiday, but then realized the wintry, family theme of the footage fit really well.

What says holiday time more that a family going sledding?

For more info about the annual, international Home Movie Day and how you can participate, visit the website for The Center for Home Movies.