RIP Harry Weiss (1917-2016), an inspiration and a friend. He passed away peacefully January 7, two months shy of his 99th birthday, active right up to the end…playing piano every day and working on another CD. Harry was the Cinema Arts Centre​‘s first silent film accompanist, playing for silents there in the 1970s, 80s and 90s. He played his first silent – “Intolerance” – for a film club at his college CCNY. The photo below was taken at the Bangor Opera House in July 2009 when I went up to Maine to meet and play a show with him. I will cherish the phone chats we had over the last 9 years; he was always full of energy and good cheer, and kept up with my goings-on on Facebook(!), Talking with him was always a shot in the arm for me.

If you ever have the opportunity to connect with someone one or two generations older than you who does what you do…do it.

Here’s a video profile on Harry from 2013 by the Bangor Daily News. The article that accompanies the video is full of info about Harry’s life and work.
https://bangordailynews.com/embedvideo/?video_id=1367446 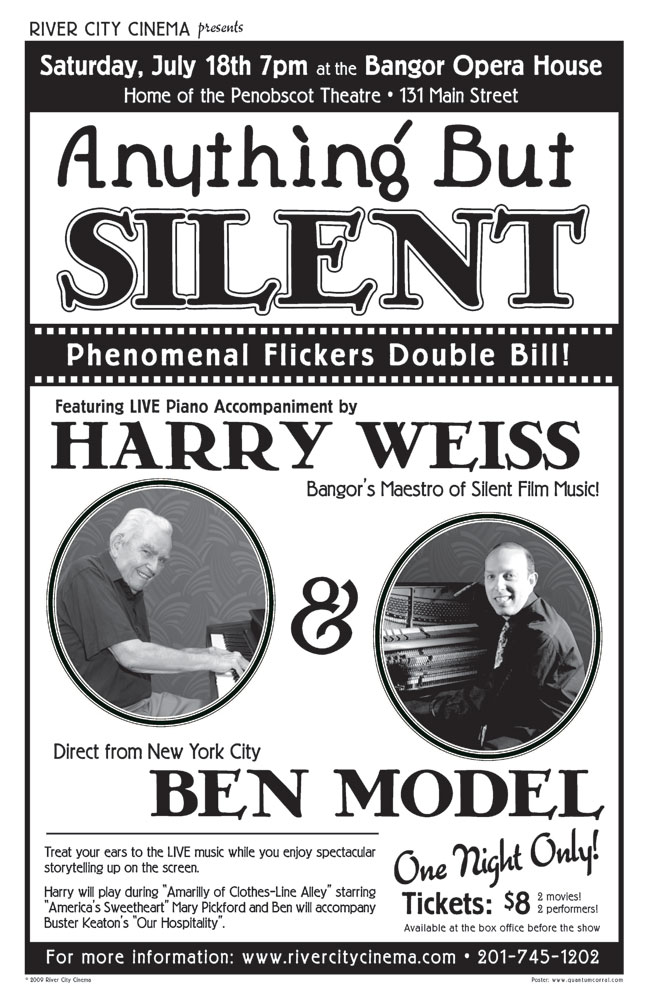