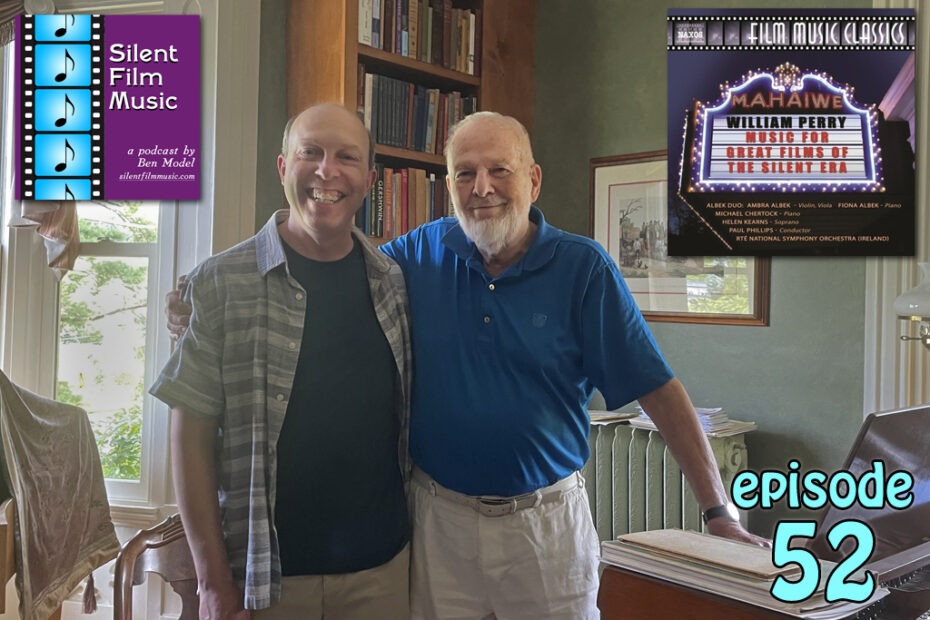 In this episode: Ben interviews composer, silent film pianist and television producer William Perry. Perry is probably best-remembered for his scores for the now-legendary television series “The Silent Years”, produced by Paul Killiam, that ran for two seasons on public television, in 1971 and 1975. For twelve years Perry was the music director and composer-in-residence at the Museum of Modern Art in New York. In the second part of this interview, Perry talks about his work as MoMA’s full-time silent film accompanist, his friendship with Lillian Gish, how he approached composing his “Silent Years” scores, how he orchestrated them for symphonic performances and recordings in later years, his decision to leave MoMA and film accompaniment, his serving as producer and composer for series of Mark Twain films for PBS, and more. The 1st half of the interview was posted in September 2022.

Show notes for episode 52 can be found here.