Skip to content
For those of you with weekday daytime availability, be sure to bookmark
this page on MoMA Film’s website for An Auteurist History of Film: 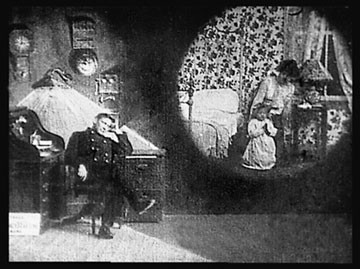 The first 6 or 7 months of this two-year film cycle at MoMA, curated by Charles Silver, is all silent film. A different program is shown each week on Weds, Thurs and Fri at 1:30 in Theater 3 (enter on W. 54th St). The cycle goes chronologically through the history of cinema, and showcases prints in MoMA’s collection. Piano accompaniment by yours truly at Weds and Thurs shows (no accomp on Fri). Just $10 each show (free if you’re a member, which is only $75 a year) to attend this excellent ersatz film history course.

Here are the programs scheduled so far, from Sept through Dec:

Visit the website for the series for individual program info and film titles at
http://moma.org/visit/calendar/films/989.

This two-year screening cycle is intended to serve as both an exploration of the richness of the Museum’s film collection and a basic introduction to the emergence of cinema as the predominant art form of the twentieth century. The auteurist approach to film—articulated by the critics of Cahiers du Cinema in the 1950s and brought to America by Andrew Sarris—contends that, despite the collaborative nature of the medium, the director is the primary force behind the creation of a film. This exhibition takes this theory as its point of departure, charting the careers of several key figures not in order to establish a formal canon, but to develop one picture of cinematic history.