Used record bins turn up the most unusual items sometimes. I usually will flip through them, past the usual suspects that turn up (My Fair Lady, Fiddler on the Roof, The First Family, My Name is Barbra, Vox classical), to see if there aren’t any stereo/hi-fi demonstration records from the space age bachelor pad era. Some of those have fantastic and really creative instrumental arrangements and are a lot of fun. 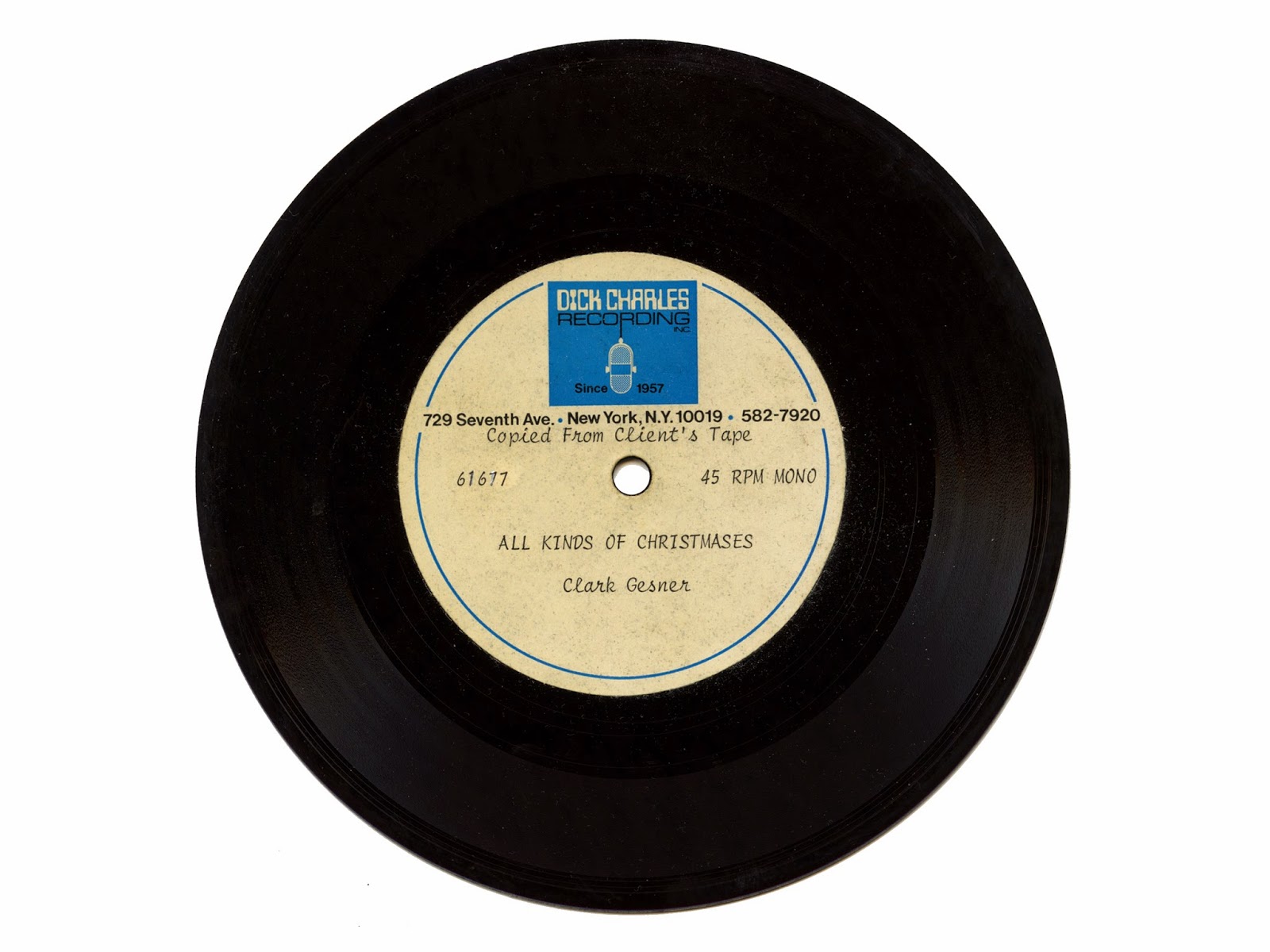 Some years back, I was perusing a bin and a small demonstration record caught my eye. I recognized the name of the artist, Clark Gesner, as the composer of “You’re a Good Man Charlie Brown”, but this was a song I’d never heard of.

This was a 45 rpm 7″ demo record, and when I (carefully) played it, I discovered that this was a recording of Gesner himself playing the piano and singing “All Kinds of Christmases”, a song he’d written. It’s a beautiful song, and really deserves to be part of the annual holiday playlist.

Clark Gesner wrote a lot of other musical theatre material and songs besides “Charlie Brown”, and at some point in the mid-1970s he played and sang “All Kinds of Christmases” for a friend who was a Princeton alum and fellow classmate who offered to shop the song around, and for this purpose the demo recording was made. It made the rounds of various singers of the day, but was turned down. Until news came, in the summer of 1977, that Bing Crosby liked it and wanted to sing it on his Christmas special. Unfortunately, Crosby died that October.

“All Kinds of Christmases” has not been recorded or published since, and has not been heard except for a holiday concert in 2003 by the Albany Pro Musica chorus.

I posted the record on YouTube last year at holiday time, and am posting it here again for your entertainment. A friend of mine who was also a good friend of Gesner’s has transcribed the recording into a piano/vocal lead sheet.